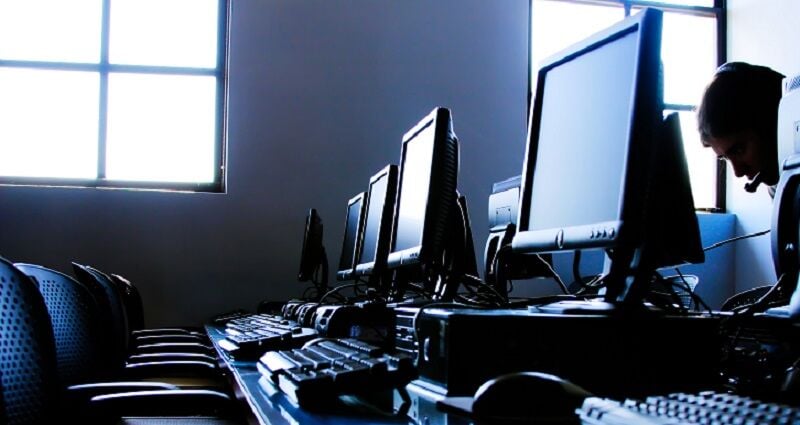 A Japanese man, now arrested in Pattaya by immigration police, ran a scam netting over 12 million baht from 46 victims before fleeing to Japan. The 46 year old man identified as Michuma had been living in Thailand for 2 years after arriving on a visitor visa. Suspicion was aroused after an informant told immigration officials that the man was wanted in Japan.

Upon further investigation, questions arose of how he lived a lavish lifestyle without working for years. Immigration then contacted the Japanese embassy, who confirm Michuma’s wanted status in Japan.

Michuma was the leader of a Japanese group operating a scam involving call centres, impersonating police, and gaining access to victim’s bank accounts. When they were busted, he escaped by hopping a flight to Thailand, where he had been living in hiding for 2 years in a condo in Pattaya. Police say he will now be deported back to Japan to face prosecution for his crimes that involved 113 cases and 46 victims. The group of 7 criminals worked together to fleece more than 12 million baht from victims.

Members of the Japanese crime ring would call potential scam victims impersonating police officers, gaining their trust, and telling them they were doing an investigation and need to examine the victim’s bank details and accounts. By being persuasive, the criminals would be given full access to bank accounts, pin numbers, and personal information. They would also send a partner to the victim’s home to do an inspection that was actually a chance to steal their ATM card.

When the Japanese scam gang was busted, Michuma avoided capture and fled Japan. Thailand is a popular country to escape to, with many wanted criminals hiding within its borders. Immigration police asserted that they are closely monitoring foreigners currently living in Thailand, especially those who are suspected of dabbling in illegal activities.