The Israeli man who broke Thai Covid law and left his SHA+ hotel in Bangkok before Covid-19 test results came back, is now back in Bangkok, in custody of Thong Lor Police and faces charges and deportation.

The Israeli man, Ohad Baruch, was flown on the 9:40pm Bangkok Airways flight from Koh Samui Airport to Bangkok on Monday night after being quarantined at Koh Samui hospital, even after testing negative 3 times for Covid-19.

It was the Thong Lor Police who originally obtained a warrant for his arrest as he fled and hid on December 21, so they will hold him in custody now while prosecution takes place. He is being charged under Section 9 of the 2015 Executive Decree for Administration in Emergency Situations with violating Covid-control measures.

He could face a maximum fine of 40,000 baht and up to 2 years in prison for the crime. The Immigration Act also calls for him to be deported, and he could potentially be banned from re-entering Thailand. Authorities may choose to waive criminal punishment and immediately deport and possibly ban him, or they may choose to set an example and fully prosecute him, deporting him only after jail time is served.

Authorities have historically been very weak on punishing violators of the Covid-19 pandemic restrictions and emergency decree, but they have also been known to make strong examples of cases that garner a lot of media attention to project a tough stance on crime.

Rain
38 minutes ago, Fluke said: Lets keep on topic, rather than attacking the Jewish Religion 🤣😂

AdvocatusDiaboli
2 hours ago, JohninDublin said: Your implied equivalence here, is comparing someone who doesn't wear a mask, with someone who broke immigration law. Do you really think they should receive the same penalty? What he did and mask wearing ….…

JohninDublin
2 hours ago, AdvocatusDiaboli said: What he did and mask wearing …. Neither falls under immigration laws. Thais can be charged by the same offence. Pol Col Duangchote said Baruch's actions violated Covid-control measures issued under section 9 of the… 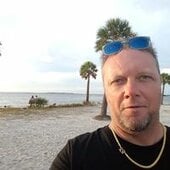 Buzzkill
Oh geez get your panties wadded up in a ball God forgive you leave without test results immigration you should see usa look at out border millions crossing we got 11 million undocumented people here. Have covid sandwich yum

Is the new Boeing 737 Max safe to fly? A new book makes you wonder.

Movie theatre set up at Prachinburi graveyard to entertain the dead