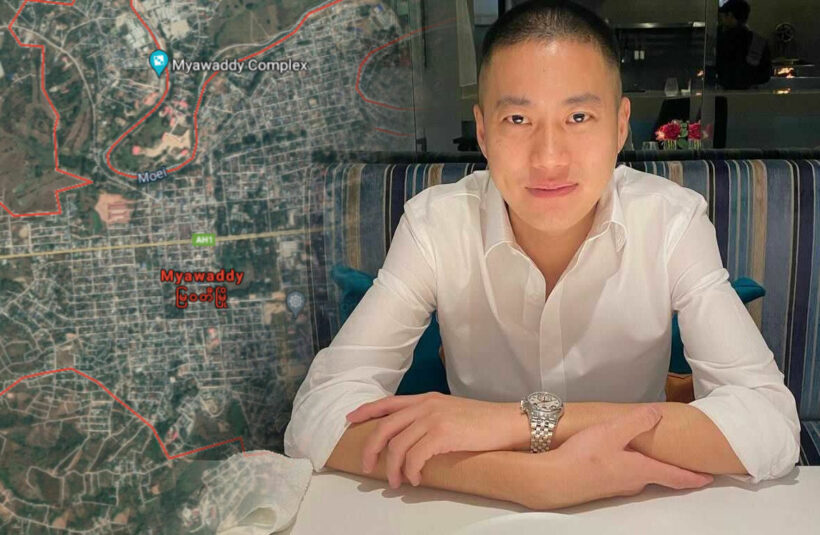 [UPDATE: Media is now reporting to have received confirmation from police sources of the information below.]

A few Thai media websites are reporting the alleged capture of Pol Col Thitisan “Chief Joe” Utthanaphon, the police station superintendent seen in video with a group of officers released this week putting a plastic bag over a suspect’s head, reportedly suffocating a suspect to death, while attempting to extort a 2 million baht bribe.

The Thai media outlet Daily News reported that Thitisan was arrested in Myanmar’s Myawaddy town just across the border from Tak’s Mae Sot district. The report said that Thitisan is currently in custody and being taken back to Thailand for prosecution.

Many had suspected he had immediately fled Thailand and immigration police had been instructed to keep an eye out at all official borders and patrol the soft borders where people often cross illegally.

Thai media reports that he had a hideout in Myawaddy, a town just across the Thai border, considered the most important trading point between Myanmar and Thailand. Chief Joe allegedly caved to the pressure of the massive manhunt making international headlines and contacted authorities to reveal his warehouse.

Khaosod reported that he was extracted from his Burmese hideout by an arresting team of officers and transported to a safe house where he is currently being held. The head of the investigation team announced they would fly from Bangkok to interrogate Chief Joe, though the exact location of the interrogation was not revealed.

None of the above information has been officially confirmed by police or official sources, but The Thaiger will continue to monitor and update this story as more information and confirmation becomes available.

The police colonel also known as Jo Ferrari for his vast collection of reportedly 42 luxury and supercars valued at over 175 million baht, had become a fugitive when the arrest warrant for 7 officers involved in the death were issued yesterday. Since police started their manhunt, the extent of his vast wealth has been revealed publicly and caused an outcry leading to the National Anti-Corruption Commission opening a probe into his fortune.

NewNew
Well apparently according to other news he surrendered at 4pm today in chonburi lol Burma and Chonburi is quite far to travel when there are supposed to be road checks for entering and exiting a Dark Red Zone
Bob20
4 hours ago, Dr.Sivada said: All I can say is this guy has good taste in watch. Patek Philippe 5960 annual calendar chronograph in white dial and bracelet usually goes for $60,000 usd on the market. Curious a Thai policeman…

King Cotton
1 hour ago, LATEENMAX said: What I want to know is if he was richer than his bosses? You gotta be joking! Whether he had 15 or 26 or 37 cars probably pales into insignificance, compared to what his bosses had more…

King Cotton
9 hours ago, NewNew said: Well apparently according to other news he surrendered at 4pm today in chonburi lol Burma and Chonburi is quite far to travel when there are supposed to be road checks for entering and exiting a Dark…
Grumpyoldman
There is little hope for this overly corrupt country. Best to stay legal, ignore the news and hope you never get involved.