Electronic cigarettes valued at 12.25 million baht, plus various vaping paraphernalia, has been seized in Mukdahan, in far north-east Thailand. E-cigarettes and vaping products are prohibited to import into and use in Thailand.

The Mukdahan Provincial Customs Department report that they received information from related officials and planned a raid of an import shipment for a company called ‘Suvarnabhumi (Thailand)’.

They learned that the e-cigarette products were going to be smuggled, mixed in with legal products that would be imported into the country on the same day.

Workpoint News reports that a total of 197 boxes were found containing electronic cigarettes and related items. There were individual e-cigarette devices, e-cigarette liquids containing nicotine and other related equipment. In total, 21,533 prohibited items were hidden in 6 large wooden crates. The crates were mixed in with other wooden crates being imported. 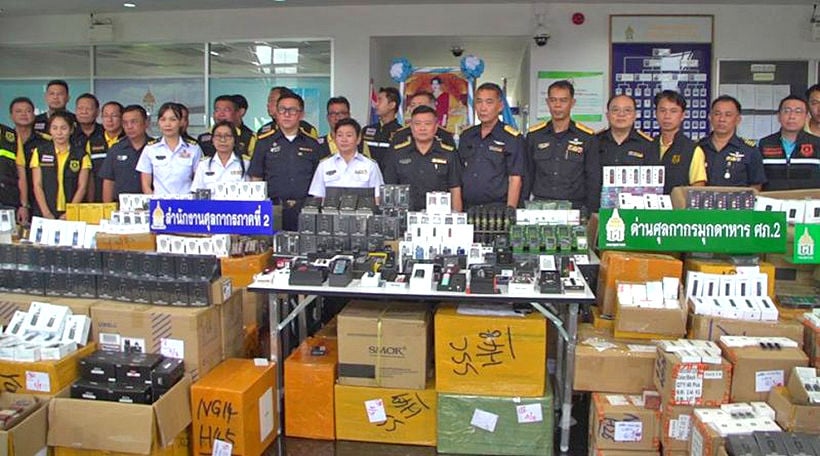 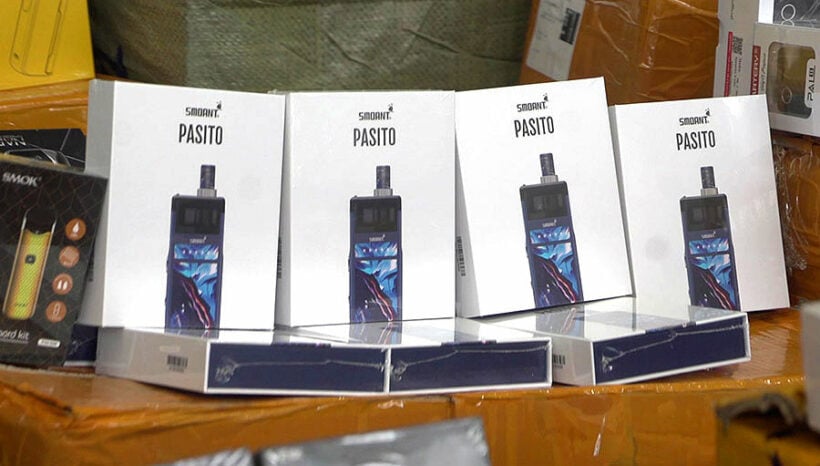