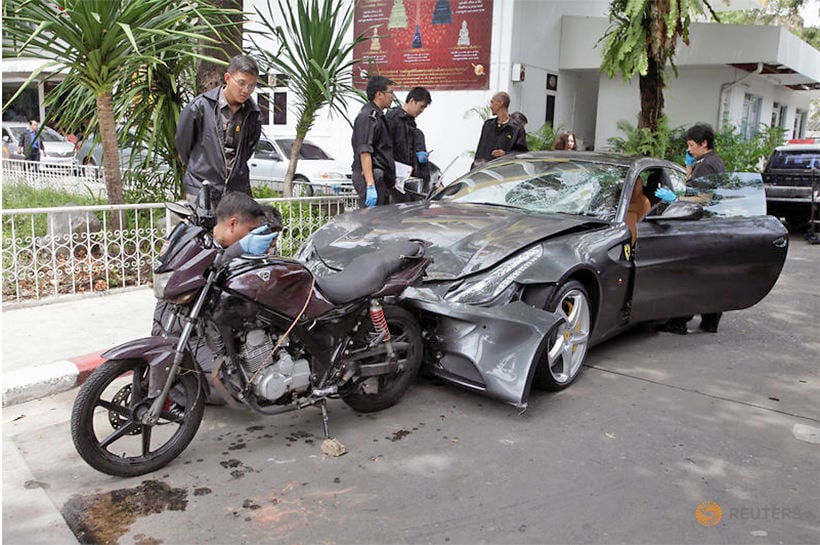 A judge on Thailand’s Constitutional Court is urging PM Prayut Chan-o-cha to investigate possible mishandling, by both the police and public prosecutors, of the hit-and-run case involving the Red Bull heir Vorayuth “Boss” Yoovidhya, saying the nation’s justice system has been “rendered meaningless” after prosecutors’ decision to drop the charges and the police’s failure to challenge the decision.

In a Line post to fellow jurists, Thaveekiart Meenakanit said that the fatal road incident, involving the scion of one of Thailand’s wealthiest families, is widely understood by the public, but the fact that the suspect was spared prosecution, apparently because of his economic and social status, is “unprecedented and incomprehensible.”

He said police and prosecutors should have litigated the case, and by failing to do so, they’ve diminished people’s trust in law enforcement.

Battered by an economic crisis, the Covid-19 pandemic, political infighting and increasing anti-government protests, the charter court judge says the government can now only lean on law and order to justify its existence, “but the majority of the people now see that the law is no longer sacred or respected.

“This is not just a question of criticism from all sectors of society, which will subside in a couple of weeks, but it is the beginning of the end of the government.”

Thaveekiart said many people believe the PM’s reported acceptance of a 300 million baht donation from the Red Bull empire a few months ago might be related to the decisions of prosecutors and police.

He said the current anti-government protests by student activists are actually protests against injustice in Thai society, and this decision by the public prosecutors, coming at this time, amounts to pouring fuel onto a fire that, in the end, will engulf the entire country.

He urged the PM to quickly tell the public that the donation had nothing to do with the decisions, set up a panel to investigate the actions of the police and prosecutors, and to mete out the harshest penalties against those found to have abused their authority.

“It is the only way to restore public confidence in the country’s justice system and restore law and order.”