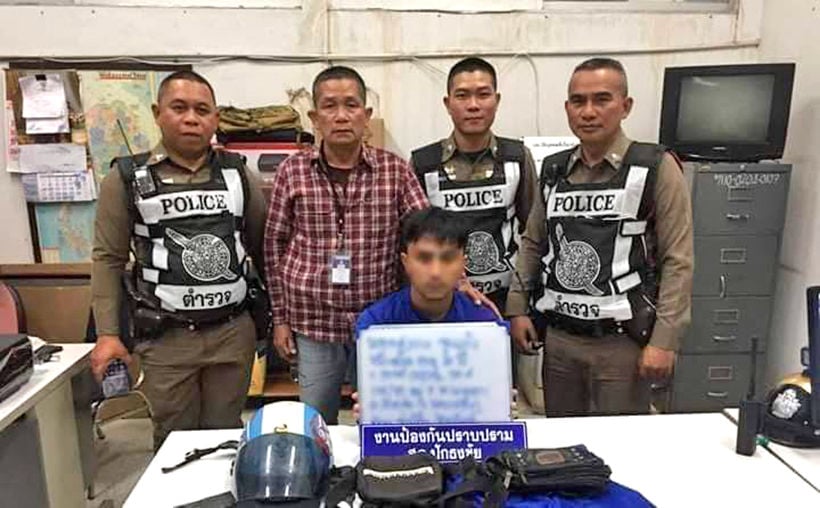 A Cambodian working at a Thai petrol station has been shot in Nakhon Ratchasima. He was resting, sitting at a table at the time of the incident.

The shooting took place on July 27 around midnight in the Pak Thong Chai district.

The 30 year old Cambodian worker was shot in the head from behind by a young Thai man, who then stole money from the dead victim. The incident was captured on CCTV (which we’ve chosen not to share).

On Sunday Thai police arrested a 23 year old suspect, the son of a Thai policeman. The killer was reported to be a gambling addict by Thai media. Following initial investigations, police say the suspect lost 4,000 baht at an illegal casino, stole his father’s pistol and went out on his motorbike at midnight to find an easy target to rob.

When he arrived at the petrol station, he saw the worker was asleep, shot him in the back of the head and escaped with a bag containing around 3,000 baht.

Police say the alleged murderer’s father will also have to appear in court as it was his gun used in the incident..

The Cambodian’s family are being sought to claim the body. 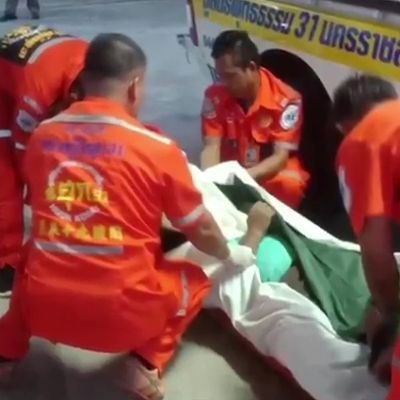 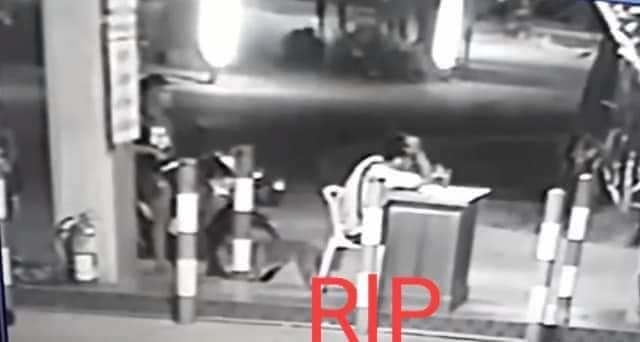