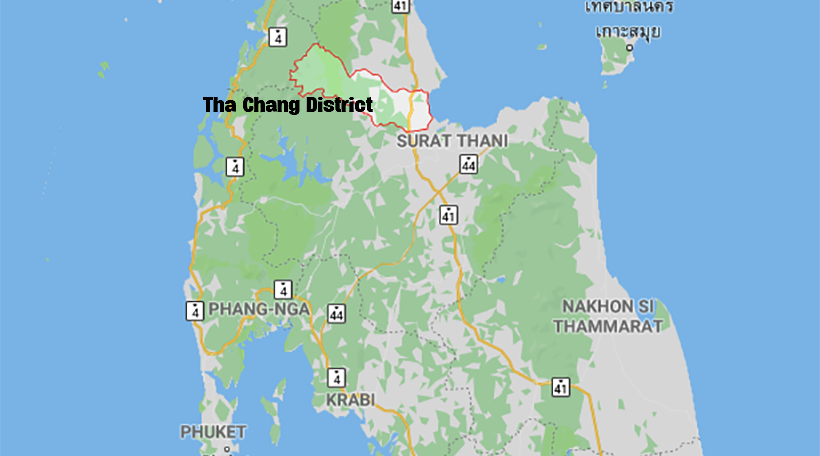 A Burmese worker has been arrested shortly after allegedly stabbing another Burmese man to death during an alleged drinking argument in Surat Thani’s Tha Chang district, north of Surat Thani city, police said.

26 year old Hern Gogo was arrested inside an oil palm plantation in a village in Tambon Sawiad where he was hired to work with the victim, 41 year old ‘Showin’, according to police.

The Sawiad police station was alerted at 9.20pm that Showin was stabbed to death and that Hern had fled into the plantation and so rushed to arrested him. Police say the two drank together at their living quarters before quarrelling. Hern allegedly stabbed Showin twice, according to police.