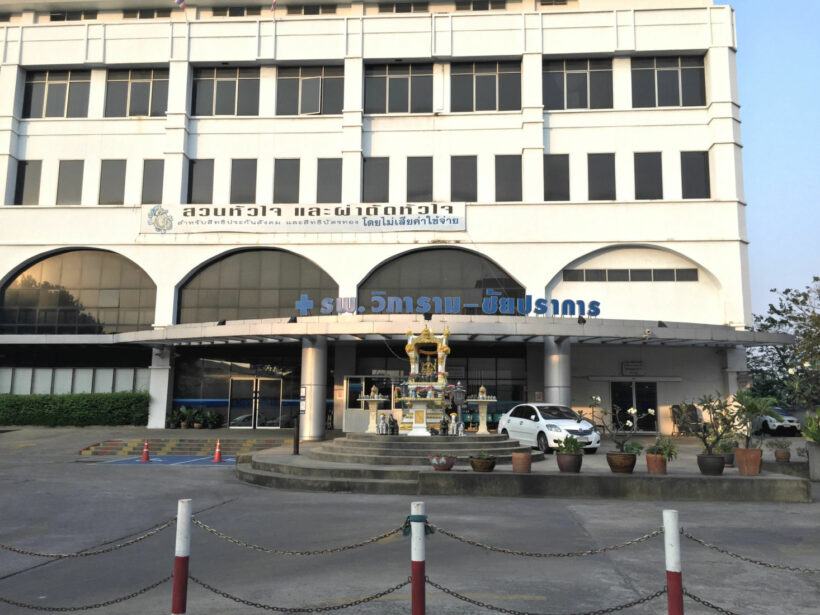 Attackers of a hospital’s emergency ward in July have received prison sentences from the Samut Prakan Court. The 2 men attacked medical staff at the emergency ward at Vibharam Chaiprakarn Hospital in Phra Pradaeng district, south of Bangkok, on the night of July 19. The incidents were due to 2 rival gangs fighting with members showing up at the hospital after fellow members were injured.

One of those men charged at a female doctor who was performing CPR on another patient and hit her, believing that she was too slow to save Ratchapol’s life. Another man hit a hospital staff member and hurt him as well.

The group of men then went to Muangsamut Hospital, and forced their way into the emergency ward. They attacked the hospitalised gang member’s friends, destroying equipment and furniture, according to police reports. The Samut Prakarn Court sentenced the 2 men to 4 years and 6 months, and 4 years respectively to prison. However, since the men confessed to the charges, their sentences were reduced to 2 years and 3 months, and 2 years respectively.

As for the other gang members, their court case verdicts are still pending.