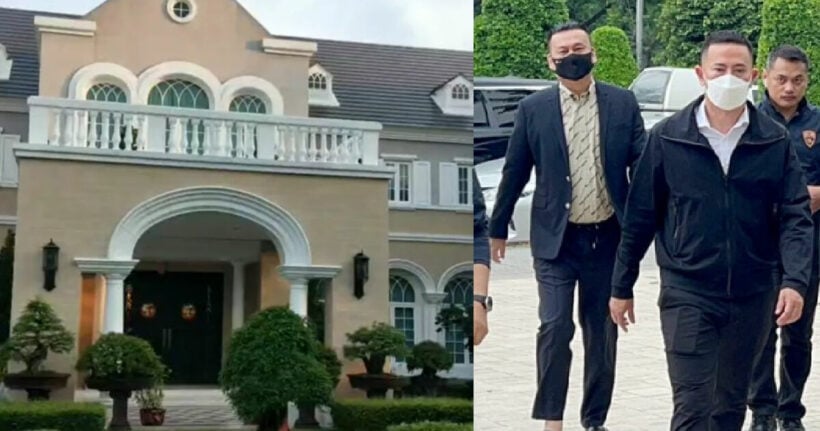 Chinese businessman “Tuhao,” wanted on drug charges in Thailand, surrendered to police today after they raided his mansion in Bangkok this morning. The accused is married to a high-ranking Thai police officer who works for the foreign affairs division.

Today, police raided Tuhao’s luxury mansion and a luxury hotel in Bangkok where he is known to hide out. Tuhao was nowhere to be found but the police did meet his wife at the mansion, who is a police colonel working for the police foreign affairs division. She is also the niece of a former senior police officer. The investigating officers did not reveal the name of Tuhao’s wife.

Tuhao’s wife said he was not staying at the mansion at present and helped to arrange his surrender to the police today. Tuhao and a team of lawyers reported to deputy police chief Pol. Gen. Surachate Hakparn – aka “Big Joke” – at the Royal Thai Police Sports Club in Bangkok at around 1pm this afternoon.

Tuhao denied all the charges pressed against him.

On Thursday, outspoken massage parlour tycoon and former politician Chuwit Kamalwisit alleged that Tuhao fled Thailand on a private jet after he was linked to a drug raid on a Chinese nightclub – Jinling Pub – in Bangkok’s Yannawa district last month.

However, this may not be true since Tuhao was in Bangkok today unless he returned to the kingdom especially to acknowledge the charges.

Last month, police arrested two Singaporean nationals in Bangkok for allegedly producing a drug known as Happy Water and selling it to nightclubs around the capital, including Jinling Pub.

The recent uptick in arrests of Chinese criminals in Thailand could have something to do with Chuwit’s calling on the Ministry of Justice to investigate Chinese gangs laundering money through “grey businesses” in the kingdom.

Soidog
3 minutes ago, Poolie said: ALLEGED drugs barons. Wanted on drugs charges. No alleged about it. The police have the evidence to arrest him.

Rookiescot
You have to hand it to that Big Joke. Yes he is unpopular with many of us westerners living in Thailand because he actually started applying the rules but he also seems to be doing the same to rich and…