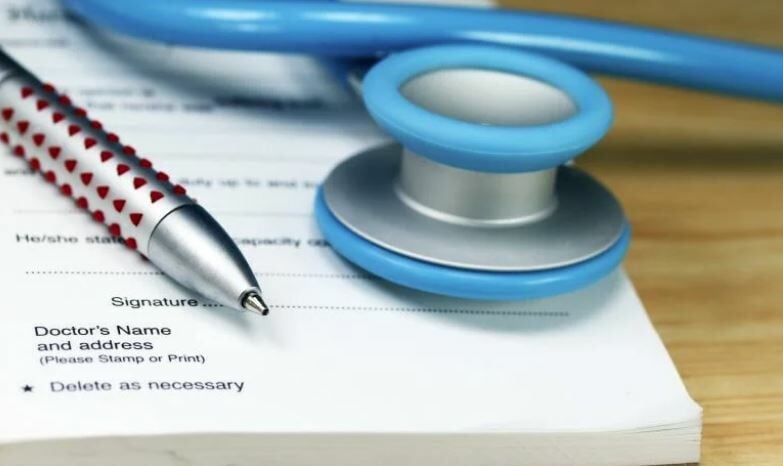 The suspect said she earned between 250,000 to 500,000 baht a month from the sale of fake medical certificates. Niphaporn Ponghiran aged 33 was arrested at a house on Phetkasem Soi 23 in Phasi Charoen district, Bangkok on Friday by officers of the Patrol and Special Operations Division.

The police recovered from the house a computer, two printers, an ATM card, seven stamps of the Ministry of Public Health, public hospitals, and private hospitals; a “paid” stamp, 500 fake medical certificates from several hospitals, two grams of crystal methamphetamine and drug paraphernalia.

On the computer monitor were images showing how to create a fake medical certificate. Niphaporn Ponghiran informed police she had downloaded and saved files for medical certs from the internet. She then changed the details and added in ID numbers of Doctors/Clinics/Ministry of Public health to the forms and printed them out.

Police initially charged her with falsifying documents and falsifying official stamps, possession, and use of illicit drugs. She was handed over to Phasi Charoen police station in Bangkok for further legal action.

Thai-language teacher suspended for throwing books at her students