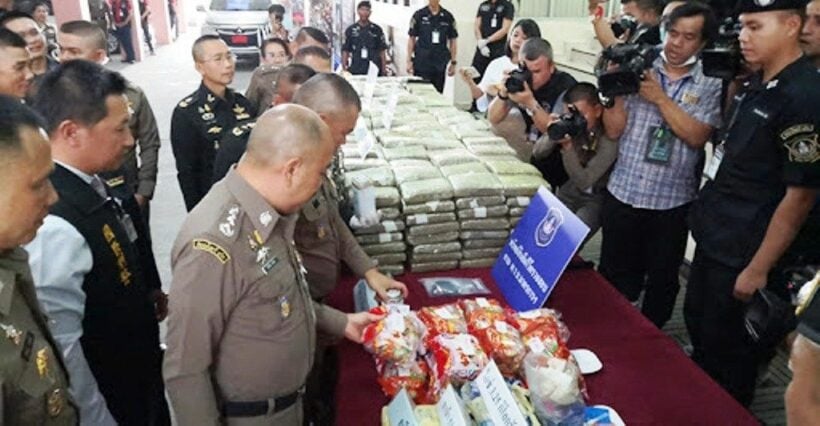 The first bust saw two Taiwanese men arrested yesterday while trying to smuggle 15 kilograms of heroin out of Thailand in instant noodle packages and powder cans. The two, identified as Li Chun Hui and Li Chai Pin, both 39 years old, were nabbed at Bangkok’s Suvarnabhumi Airport after a search of their luggage. Narcotics police say they’ll continue investigating to find who in Taiwan is ordering the drugs and which Thai gang supplied the heroin.

The second bust was that of 37 year old Warisa Inthiraksa, and 26 year old Chinedu Christian Okeke, both from Nigeria. Postal officials intercepted a package containing 2,260 ecstasy pills hidden inside an LED sign, sent from Portugal to an address in Chonburi province. A search of their home officials found another 5,600 ecstasy pills, bringing the total 7,860. 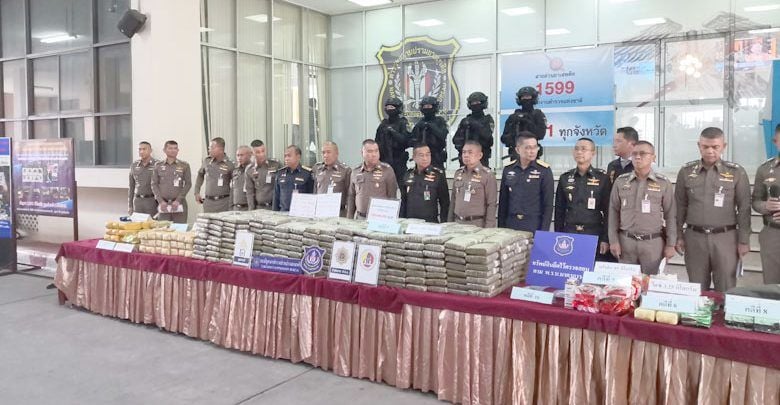 Two Thai suspects and multiple drugs were involved in the third case: this time postal officials found suspicious package from Germany. Inside, officials found 130 ecstasy pills hidden in a wireless speaker. An investigation led to the arrests of Buanwas Jaratsri Pakdee and Alinan Homsap. When police searched their apartment, they found 50 grams of MDA, 58 tabs of LSD, 1.5 grams of cocaine, 5 kilograms of Marijuana, and 2 million baht in cash.

All suspects in all three cases have been charged and handed over for prosecution.