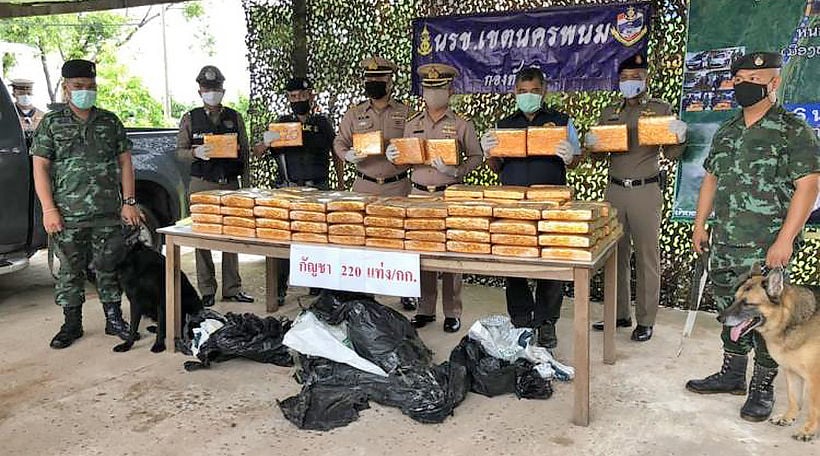 Authorities in the upper northeastern Nakhon Panom province arrested 2 men last night on charges of smuggling 220 kilograms of marijuana. They reportedly told police they they did it because they needed money after the Covid-19 outbreak left them unemployed.

The arrests came after authorities got a tip that a drug gang planned to smuggle marijuana from Laos into Nakhon Phanom via That Phanom district. A navy patrol spotted 2 suspicious vehicles travelling along the route and stopped them at an intersection. When they searched the car, they found 220 bars of compressed marijuana inside 5 sacks.

The commander of a naval unit in Nakhon Phanom says officers seized a Toyota Vios with Bangkok licence plates and an Isuzu pickup, also with Bangkok plates, from the pair. Authorities say the seized marijuana is of a high grade that would fetch 25,000-30,000 baht per kilogram.

During questioning, the suspects confessed that the drugs had been smuggled across the Mekong River from Laos in a longtail boat. They said they were hired for 20,000 baht to take the marijuana to Ubon Ratchathani, where other couriers would pick it up.

47 year old Khamdaeng Chanhom and 48 year old Phon Joralee, both from Isaan’s Ubon Ratchathani province, are in custody pending legal action. Police say the pair claim they were made jobless during the Covid-19 outbreak and had no choice but to deliver the drugs.

Authorities say they’ll expand their investigation to find others involved, and that marijuana smuggling appears to be on the increase. During the past 2 months alone, more than 2 tonnes of marijuana have been seized in Nakhon Phanom. Last year, about 8 tonnes of marijuana were seized there. 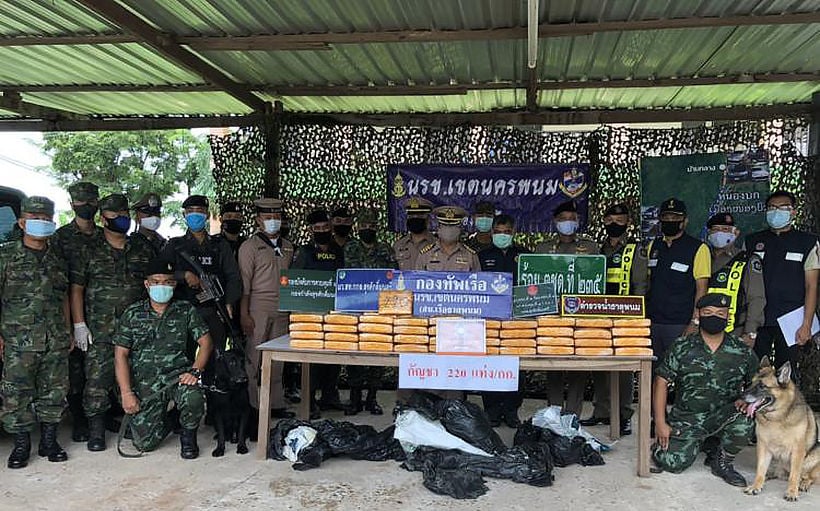