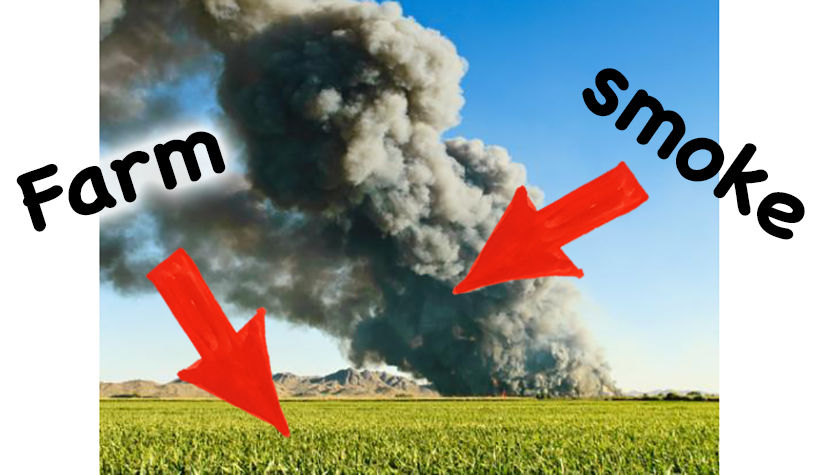 Congratulations Chiang Mai. Again you are the world’s Number One.

Sadly, you’re the number one in the world’s worst air pollution, again. The third time in this week alone. And, sadly, because the problem is almost completely avoidable, but not easily solved.

Chiang Mai city has a PM2.5 micron reading this morning of 282, whilst just north of the city in Nong Han they have the staggering reading of 380 (hazardous).

PM2. 5 refers to atmospheric particulate matter (PM) that have a diameter of less than 2.5 micrometers, which is about 3% the diameter of a human hair. Commonly written as PM2.5 particles in this category are so small that they can only be detected with an electron microscope.

Other heavily populated areas around Chiang Rai, Mae Hong Son and Lampung are also suffering serious smog and smoke problems today. Last week the Royal Thai Army announced it would head to the northern provinces, track down and arrest plantation and farm owners who were allowing fires to be started on their properties. They would work with local rangers to detect the fires and enforce orders from the government not to light fires to clear land in preparation for new crops.

“The newly deployed rangers will be sent to fire-prone areas to patrol for fires and arrest anyone they find starting them. The rangers will also assist fire officers in fighting fires.”

If anyone in the government or Royal Thai Army has access to a computer, internet or smartphone, they can download this interactive ‘live’ map which shows all the active fires in any region in the world, accurate to about 100 metres. Or if that’s too difficult they could could drive around the region and look for the smoke. HERE‘s the link to the live satellite imagery and a photo of what smoke looks like. 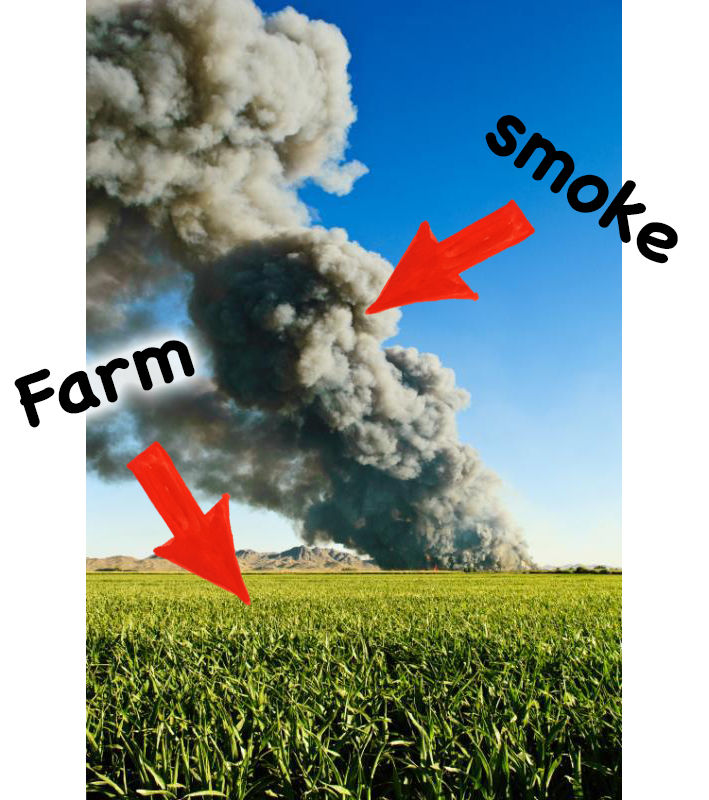 But, even if the government is able to abate some of the local burning off of farmlands on their own soil, they have a more nuanced problem negotiating with the Myanmar, Laos and Cambodian governments to enforce the same limits on their farmers. The winds blow across the borders and, as the satellite images show, much of the smoke is floating across in the prevailing winds from fires in neighbouring countries.

Thailand could show the lead and be a regional facilitator in vital changes to agricultural practices which are causing human tragedy and enormous damage to the region’s tourist potential. ASEAN (where Vietnam is the Chair for 2020) has the regional ‘teeth’ to be able to bring these changes about and help arrange subsidies for farming districts to jointly share the costs of the harvesting and plowing machinery that would render the annual burn-off unnecessary.

PM2.5 particulate are able to travel deeply into the respiratory tract, reaching the lungs. Exposure to fine particles can cause short-term health effects such as eye, nose, throat and lung irritation, coughing, sneezing, runny nose and shortness of breath.

PM2.5 particulate primarily come from car, truck, bus and off-road vehicle, construction equipment, snowmobile, exhausts, and other operations that involve the burning of fuels such as wood, heating oil or coal and natural sources such as forest and grass fires.

The Thai government rate the upper safe level of air pollution as 50. The World Health Organisation rate the upper level at half of that, only 25 mg per cubic metre. Either way, the smog and smoke levels in Thailand’s north are many, many times the acceptable safe levels for the region’s populations and is doing incalculable damage to northern Thailand’s future tourist potential.