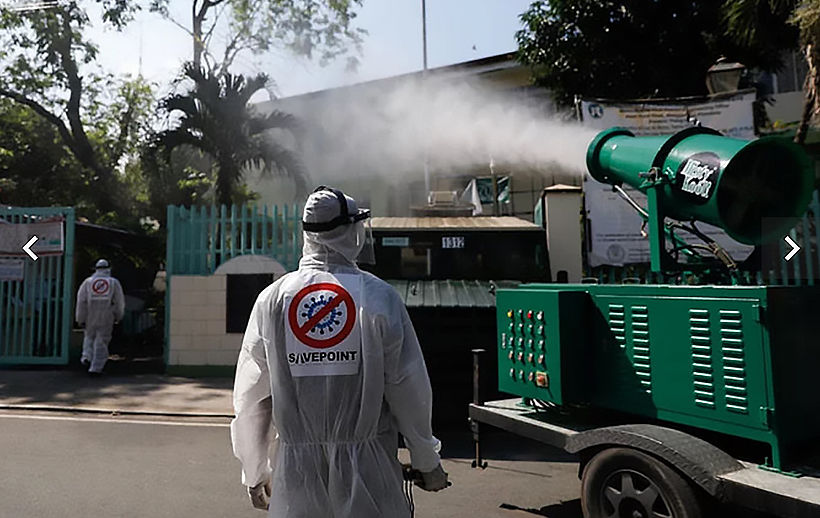 “It’s a lockdown It’s just a matter of protecting and defending you from Covid-19. That’s about it.”

Some 12 million people in the Philippine capital of Manila are now in near total lockdown after a Thursday order from the nation’s president Rodrigo Duterte banning domestic travel and an announcement earlier today of a nighttime curfew in the capital. The president says people in the densely populated region should leave their homes during the daytime only for work or urgent errands, under restrictions imposed to fight the COVID-19 coronavirus.

While the nation has seen only a fraction of the cases of hotspots such as China and Italy, officials say they hope to arrest the spread before it takes root in Manila’s densely packed neighbourhoods.

In a nationally televised address, Duterte announced a month of school closures, a ban on mass gatherings and a prohibition on the entry of “foreigners from places where the contagion is spreading.” It was not immediately clear when all the measures would take effect but Duterte says the prohibition on domestic sea, air and land traffic in and out of Manila will start tomorrow.

Since Monday the Philippines’ tally of cases has risen from 24 to 52,  and four of its five virus-related deaths were reported this week. Cases globally now stand at more than 145,374 and deaths at 5,429, most of which have been in China.

Duterte himself underwent screening for the virus Thursday, after coming into contact with government officials who may have exposed to the virus at recent public events. The 74 year old president is in a vulnerable age group for the virus, which poses a greater risk to older people.

Labour group Migrante International expressed concern about how the lockdown would impact the millions of workers who commute into Manila daily.

“This will only bring death and misery to millions of poor and struggling Filipinos who will be prevented from pursuing their livelihood.”

In his address Duterte also touched on one of the most delicate and divisive features of his presidency: his policy pivot towards long-time enemy China.

The president has set aside the two nations’ perennial standoff over Beijing’s extensive claims to the disputed South China Sea and the contentious Spratly Islands  to court trade and investment from the rising power.

“Maybe there will be a time, if things deteriorate, that I have to call on China to help. I hope it would not reach that point, but maybe we will need your help.”