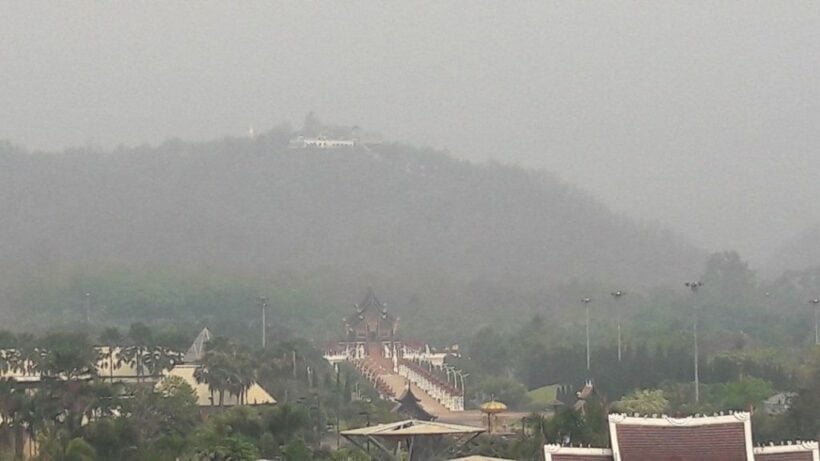 Chiang Mai may have fallen to third in the race for world’s worst air quality today, but northern Thailand is still choking under a blanket of toxic haze, and the Thai Meteorological Department has forecast “hot to very hot conditions” for the region. The department urges people in the north to “stay safe due to the very hot conditions.”

Visibility on northern roads this morning was just 10 metres, and the morning sun was a dark orange ball due to the haze. The thick smog has blanketed most of the northern provinces, causing difficulty in breathing, sore throats and burning noses.

The shroud is due to forest and crop field burning and forest fires in the region as well as in neighbouring countries, particularly Cambodia. The level PM2.5 (particulate matter of 2.5 microns or less) in the Northern region is still high and is affecting many residents’ health. PM Prayut Chan-ocha has ordered the Royal Thai Air Force to dispatch helicopters to spray water to reduce the impact. 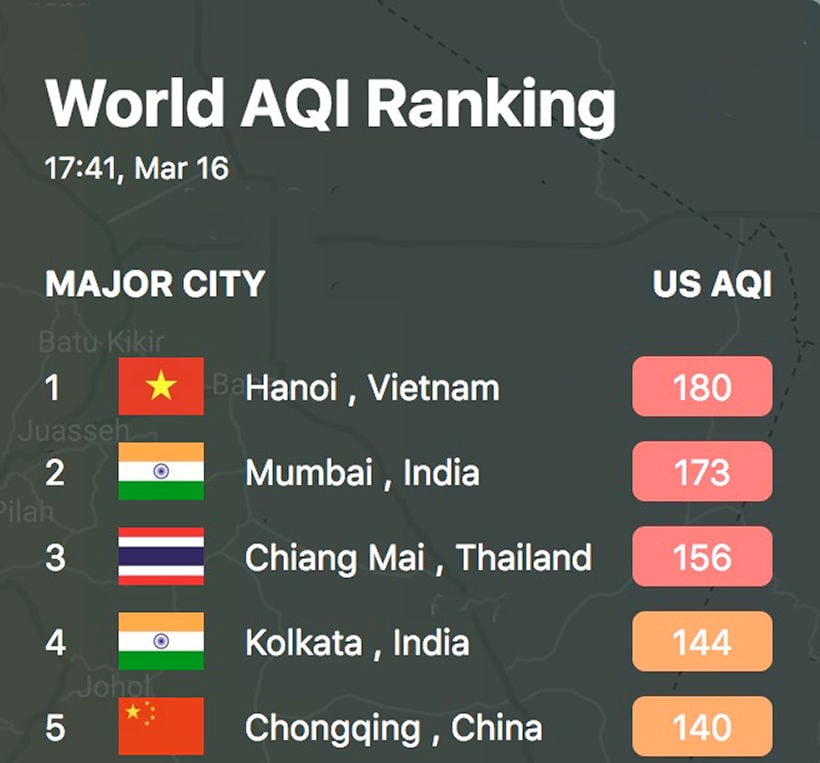 There is a ban on agricultural burning in the region and the PM has ordered all relevant agencies to control and extinguish forest fires, and to strictly prevent new ones so as to urgently reduce the haze level. 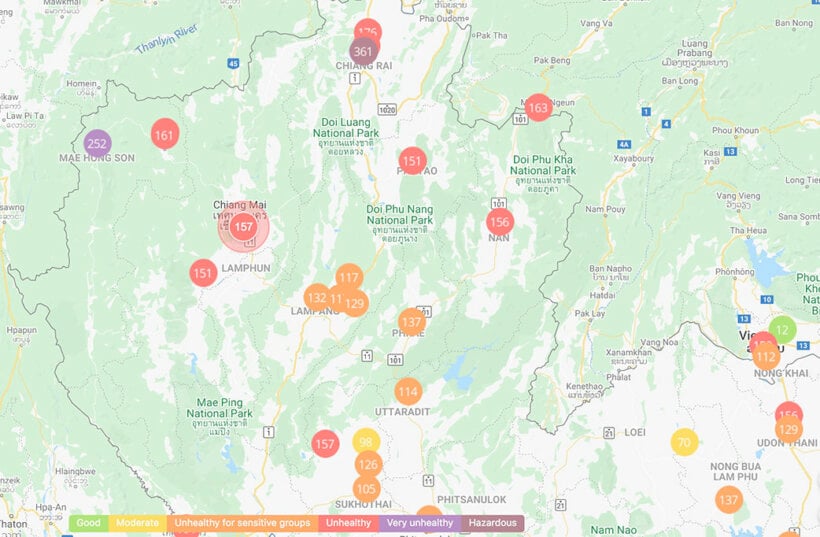 The PM has also ordered relevant agencies to implement public health care measures such as arranging safe zones and dispatching mobile medical units until the situation can brought under control.