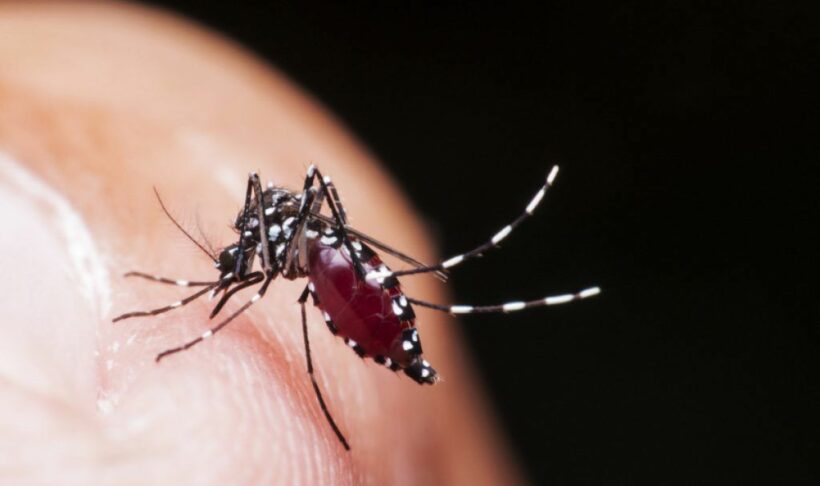 Dengue fever cases have doubled in Thailand compared to the same time last year. 20,000 cases have been reported since January 25 this year. And health officials are wary as Thailand heads into the annual monsoon, the traditional peak period for dengue cases.

The Chief of the Disease Control Department says the number of infections has doubled since figures for the early part of last year.

He reports that most patients are children aged 5-15 years, but adults are also at risk. He noted that the disease is particularly endemic in areas by the Chao Phraya River – Thonburi, Khlong San, Bang Kho Laem and Yannawa Districts. Nearly 900 cases of dengue and one death were reported in the first three months of 2019, according to the Bangkok Health Department.

Sant Muangnoicharoen, a Dengue specialist and doctor at the Hospital for Tropical Diseases says that children are at greater risk because they don’t take the same level of precautions as adults and, in many cases, are unaware of the dangers.

After being infected with one kind of dengue virus strain, an individual will become immune to it but remains susceptible to the other four strains.

The Thaiger has some tried and proven tips to avoid Dengue HERE. Some other general info below… 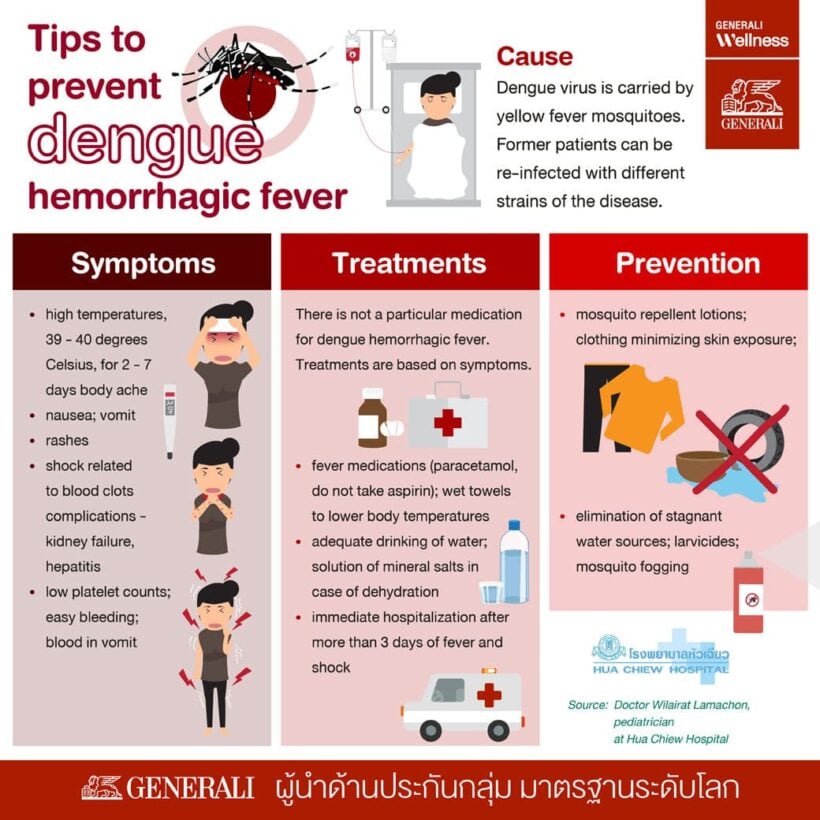