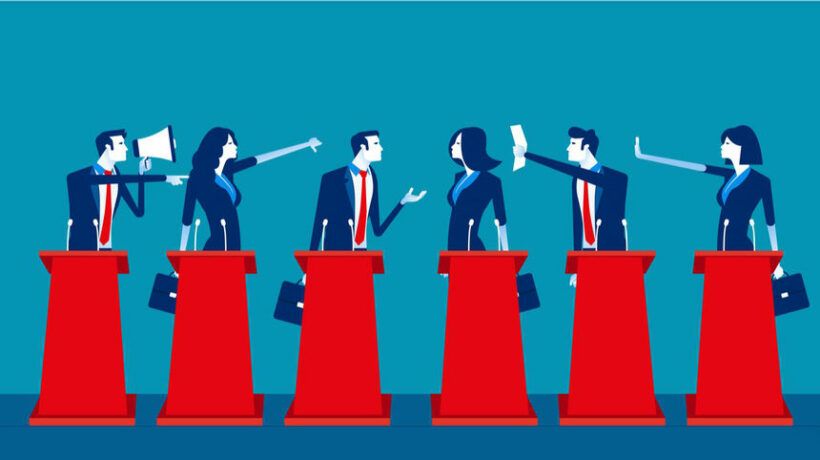 On January 25, 2020 the Chinese government started locking down around 930 million citizens over the following few weeks, starting with the city centres of Hubei province, the probable ground zero of the outbreak, and spreading outwards. Most of these Chinese citizens are still quarantined in their homes.

About two weeks later, in the second week of February, the first Covid-19 cases were announced in Italy. A month later the southern European country has nearly 50,000 cases and a death rate of around 8.5%. Their hospitals are completely overwhelmed.

The rest of Europe hasn’t been immune either with cases springing up in all corners of the continent, most notably in Spain, German, France and Switzerland. Around 6,000 people have now died around Europe, just a month after the first cases became apparent.

Across the pond, in the land of the free, the elected President told Americans that they were ready if any cases were identified. On February 15 the first case was identified in the US and the President assured US citizens that everything “was under control”. Now, a month later the US has an acute escalation of cases, pushing through 20,000 cases by late March 21.

Elsewhere in the world there are few corners where cases aren’t now rising quickly. The rise of Covid-19 is real and in its first growth phase. And just wait until the virus takes hold in the African and South American continents. In reality, this is just the beginning and we’ve got a long way to go.

More is known about the Covid-19 coronavirus now, and there’s still a lot more to learn. We do know it has a much higher death rate than the flu, but less than the SARS coronavirus back in 2002/2003.

Viruses with a high death rate usually peter out reasonably quickly as they kill their hosts before they are able to pass it on. Victims appear with symptoms quickly, are identified and isolated, taking them out of harms way.

Viruses, like the many seasonal flus, are highly contagious but only have a death rate of around 0.1%. Covid-19 is in a sweet spot in the middle where it’s quite contagious, but not as contagious as the flu, but has a death rate between 10-20 times higher than the seasonal flu. The other insidious characteristic of Covid-19 is that its carriers can walk around, highly contagious, for days, maybe up to 14 days, before symptoms kick in. By that time it’s too late.

These pandemics strike every ten years or so. Covid-19 won’t be the last virus to put the world on hold as it struggles to contain outbreaks.

Cut to Saturday, March 21 and only 41 new cases were identified in China in the past 24 hours. So China is on top of the coronavirus outbreak? Far from it. On January 25 a human experiment was started, the likes of which had never been launched on a population. The Chinese Government, an authoritarian dictatorship, locked down entire cities and instructed people that they MUST go home and stay home. And that’s that. And the home lockdowns were enforced by soldiers with guns.

But six weeks later the daily spikes in new cases did level off, then fall. The draconian action did curb the spread of the disease. But it won’t stop it, there will be another wave at some point. For now, the virus has been suppressed by removing its carriers out of the system. But it hasn’t been killed.

In the west elected governments have rolled out their lockdowns and closures in a much more staged fashion, respecting the liberties of their citizens. The slower response has resulted in a quick rise in cases.

The main game in the west has now become social distancing, a method recommended by epidemiologists to level off the spike in new infections, flattening the curve. The method does not stop the eventual spread of the virus, but it does slow it down. By slowing down the infection rate it takes the initial pressure off country’s health systems, pushes new case further down the line. Even better it allows people who contract the disease later the opportunity of better treatments and, maybe, even a vaccine in the next few years.

Put more frankly, there may be 50,000 people dying in the US over the next year as a result of the Covid-19 contagion. What health authorities are trying to avoid are 50,000 patients crowding hospitals all at once. Social distancing is a good method to slow down the spread of the virus. Forcibly locking people in their homes is even more efficient. (The figures are not real estimates, just an example)

China’s swift and drastic action, quite early in the outbreak’s evolution, has now given Chinese authorities some breathing space to rally for the probable second wave of infections. Their roll-out of mandatory home detentions did slow down, and suppress, the spread of the virus in China. It has been effective.

The virus likely started in a wet market somewhere in Wuhan, China. But it could have started in any wet market in the world. The virus doesn’t have a nationality, the virus just does what it’s told to do by its RNA coding – find a host and multiply.

But China’s swift response gave the world nearly two months of breathing space. In that time western governments could have become much better prepared for what was inevitable. They didn’t. The impact on budgets in free democracies, and the unpopular measures that would have to be taken, are more difficult to initiate where consensus and negotiation take precedence.

The take-home from our early experience of the Covid-19 outbreak is that the virus doesn’t care about how you elect, or don’t elect, your leaders. The only way to control or cope with a viral outbreak, on this scale, is swift, direct and completely disruptive actions. And none of that is likely to attract votes.

This commentary includes thoughts from Nicholas Chrstakis, a physician, sociologist and author, and Michael Osterholm, and internationally recognised epidemiologist.

Bangkok closures – the details and the panic buying