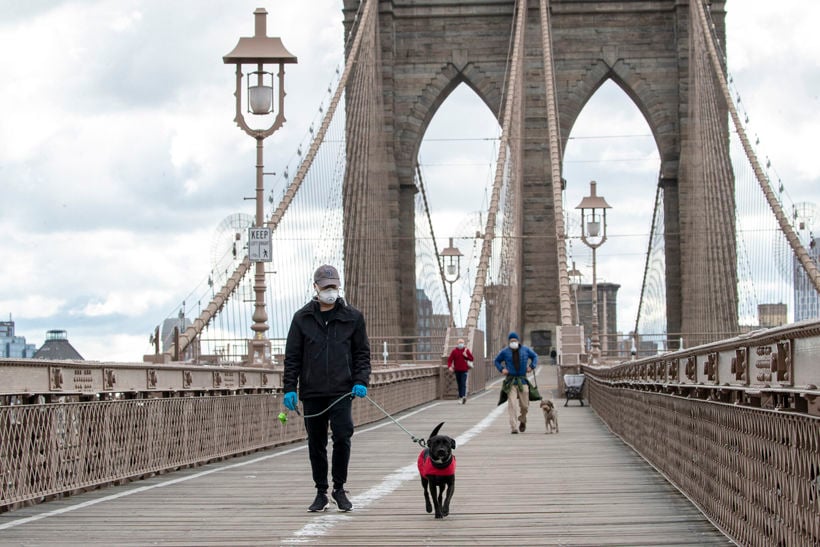 PHOTO: The Times of Israel

Deaths from the Covid-19 coronavirus in the US topped 20,000 yesterday (20,577 to be precise), surpassing Italy, previously the world’s hardest-hit country. It was a grim start to the Easter holiday weekend on which US President Donald Trump had earlier hoped to “reopen the country”. With the report of 1,863 new deaths nationally yesterday, the US has reached two grim milestones – all 50 states are now in a state of emergency, and the US outbreak is the deadliest in the world.

Italy has still lost more people per capita: with a population of 60 million, roughly 31 of every 100,000 people there have been killed by the virus. In the US that ratio is 5. If the US death toll were to match the ratio in Italy, more than 100,000 Americans would die.

But after two months of extreme social distancing and devastating losses, Italy’s crisis seems to be gradually subsiding; the daily number of new cases has fallen  by almost half since the peak in late March. The US is still on an upward trajectory of its pandemic “curve,” with the number of new cases increasing nearly every day.

Estimates on how many people will end up dying in the US have fluctuated in recent weeks as new data continues to pour in from various attempts at mathematical modelling. A leading projection model from the University of Washington has forecast about 60,000 deaths, far fewer than the 100,000 to 240,000 deaths that were projected in a White House press release less than 2 weeks ago. Anthony Fauci, the director of the National Institute of Allergy and Infectious Diseases, had this to say…

“The real data are telling us that it is highly likely that we’re having a definite positive effect by these mitigation things that we’re doing, this physical separation, so I believe we are gonna see a downturn in that. And it looks more like the 60,000 than the 100,000 to 200,000.”

As Americans desperately seek assurance that the country has a path out of its crisis, the official response has been fractured and uncertain.

In his daily briefings and private calls with officials, US President Trump has sought a strategy for resuming business activity by the end of April. But leaders in states with some of the biggest outbreaks caution against actions that they say could lead to another spike in cases and prolonging the crisis.

In an interview on Friday night, Fauci said he hoped the nation would find a “real degree of normality” by November.

The US is still stepping up its response to the virus, albeit delayed by politics and states vs federal frictions. The Pentagon announced yesterday it will invest 133 million dollars to increase domestic production of N95 masks needed by health-care workers on the front lines of fighting the virus.

Across the country, Americans braced for the unthinkable: empty churches, silent ballparks, students struggling to learn over a Zoom connection, families without food, doctors desperate for protective equipment and an ever-growing list of the dead.

In an interview, Rev Timothy Cole, a priest at Christ Church in Washington’s Georgetown district, who was the district’s first known Covid-19 patient, said this moment “feels more like the darkness of Good Friday, when Christians believe Jesus died on the cross, than the rebirth celebrated by Easter Sunday.”