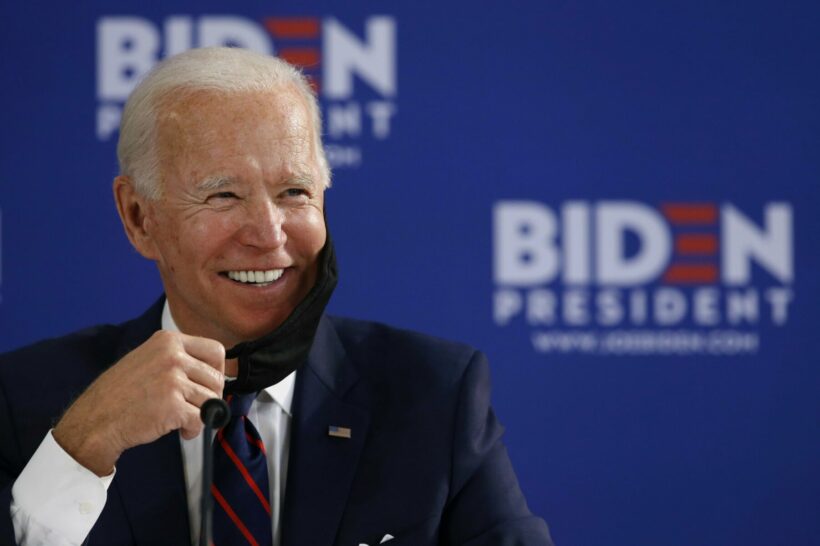 Newly inaugurated US President Joe Biden is jump starting his Covid-19 strategy by signing more executive orders on his 2nd day in office. The orders include requiring Americans to wear masks for travelling in planes, ships, intercity buses and public transportation. The orders have fallen short of mandating the wearing of masks for everyone whilst in public spaces.

Such mask-wearing requirements have been applauded by the country’s airline unions. Travellers from abroad must also now produce a negative Covid-19 test before departing for the US and must quarantine upon arrival.

“We didn’t get into this mess overnight, and it will take months to turn this around. To a nation waiting for action, let me be clear on this point: Help is on the way.”

The promised help comes as deaths from Covid in the US have surpassed the 400,000 level, with Biden saying projections point to that number increasing to 500,000 in a month. But his efforts may be hampered if Republicans members of the government don’t help him pass a US $1.9 trillion economic relief and Covid response package.

Biden officials also say they’ve been hampered by a lack of cooperation from the Trump administration during the transition. They admitted they were confused about the former president’s actions on vaccine distribution which has attracted complaints from states saying that they are not getting enough vaccines on top of being asked to vaccinate more groups of people.

The new President says he is seeking to expand testing and vaccine availability, announcing a plan of 100 million shots in the first 100 days of him being in office. Some independent experts, however, are criticising the new president by saying his goal is disappointingly low. But the President responded…

“When I announced it, you all said it’s not possible. Come on, give me a break, man.”

Biden has directed the Federal Emergency Management Agency to begin setting up vaccination centres, aiming to have 100 running in a month. He’s also trying to make vaccines available through local pharmacies starting next month, building on a plan devised by the Trump administration.

President Biden has also set a goal of having most K-8 schools reopen in his first 100 days, with states receiving aid from FEMA’s Disaster Relief Fund to help get schools back open. But administration officials say reopening schools safely depends on increased testing.

The national vaccination strategy plan put forth by the new administration, requires $160 billion, and Biden says he wants an additional $170 billion to aid the reopening of schools and universities.