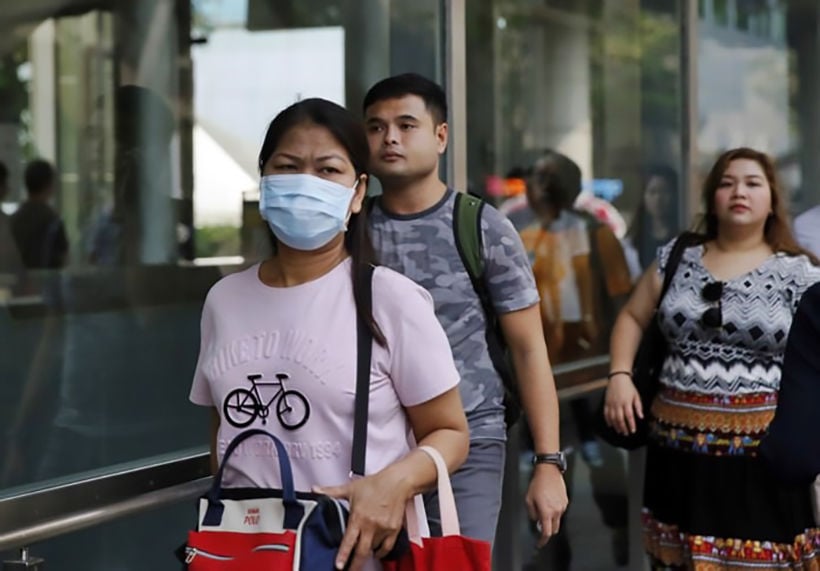 PM Prayut Chan-o-cha has called an urgent meeting today to discuss how to handle thousands – estimates put the number between five and then thousand – of Thai workers preparing to return home from South Korea to escape the spread of the COVID-19 coronavirus.

The announcement comes after the Ministry of Public Health expressed serious concerns about how to handle droves of “phee noi” (little ghosts) from South Korea after 138 Thais who were airlifted from Wuhan in China last month had to spend two weeks in quarantine in Sattahip, southeast of Bangkok. Although the PM believes there are 10,000 phee noi in South Korea, some estimates put the number as high as 140,000.

Prayut says it’s unclear many will be allowed to return home, and that South Korea will quarantine the workers for 14 days before letting them return to Thailand. Once they arrive, they face another 14 days of self-quarantine.

According to the Foreign Affairs Ministry, South Korea’s Immigration Office passed on information that “more than 5,000” Thais have reported to the office since December last year wishing to return home.

“The problem is how to control such a large number of people if all of them are to be quarantined. The government must find proper measures. I realise that the people are not confident and scared … but public health officials and medical personnel are well-prepared.”

Transport Minister Saksayam Chidchob said yesterday the ministry will propose a plan to handle specifically those Thai workers returning from the South Korean city of Daegu, where the outbreak has been most severe. Under the plan, a special zone will be arranged at Bangkok’s Suvarnabhumi airport to screen returnees. Those displaying symptoms will be sent to hospital immediately, while those without signs of the virus will be required to quarantine themselves at home for 14 days. Saksayam has instructed the Land Transport Department to provide free buses to take asymptomatic workers home.

“The reason why we will not be able to quarantine Thai passengers [from South Korea] in a specific area, similar to the process for the Wuhan returnees is that the number is very much larger. We have no space to accommodate them.”

Saksayam also says the Transport Ministry will ask Thai Airways and private airlines to consider whether it’ possible for them to fly Thais in Daegu back home free of charge.

Yesterday morning, Public Health Minister Anutin Charnvirakul briefly showed an announcement signed by him on his Facebook page with a message that all visitors from nine countries and two territories designated as high-risk zones will be required to quarantine themselves for 14 days with no exceptions.