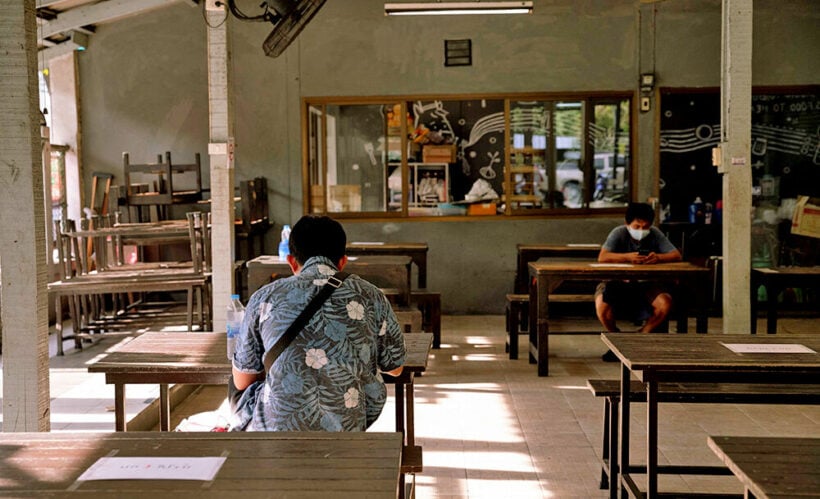 Thailands newest wave of Covid, as well as the most virulent, and the lockdowns and restrictions because of it, is set to ruin hundreds of restaurants.

One restaurant owner, 79 year old Kamol Trisitthichet, who owns Arlek Ratchawongse,  spoke to Thai media about his ongoing struggles. He says that his business has lost 500,000 baht since the pandemic started. Further, despite being open for take away, his traditional Chinese establishment is not ideally suited for take away.

“Take-away or online deliveries aren’t recommended and my regular customers know well that I am against it”.

The restrictions that have been killing the restaurant industry, such as dine in only (ending may 17), and restricted hours in “dark red” zones, and only allowing 25% of capacity, have meant that businesses have to compromise the dining experience, adding pressure to opening hours, and depriving the restaurants of potential customers.

According to some experts, the Covid-19 pandemic will eventually force an estimated 500,000 restaurant establishments to shut down across the country.

Dylan Jones, former co-founder of the Michelin starred Thai fine dining restaurant Bo.lan, was particularly blunt in his criticisms of the situation. From his Instagram…

“The current situation regarding the government’s Covid response, and their collective incompetence in shepherding Thailand’s hospitality industry through this pandemic, with an utter lack of financial and political support for small business owners (and in particular our hospitality industry) has certainly contributed to our decision to call it a day.”

Other restaurant owners have chimed in on the invitation-only audio app Clubhouse to voice the difficulties they’ve experienced with having to rely on take away orders to keep their businesses solvent. Owners such as Sahaswas Chobchingchai have cited issues such as managing stock properly and how he’s been forced to sell food at discount prices rather than just throwing it away.

I may lose money but it is better than 100% loss when the materials are spoiled.