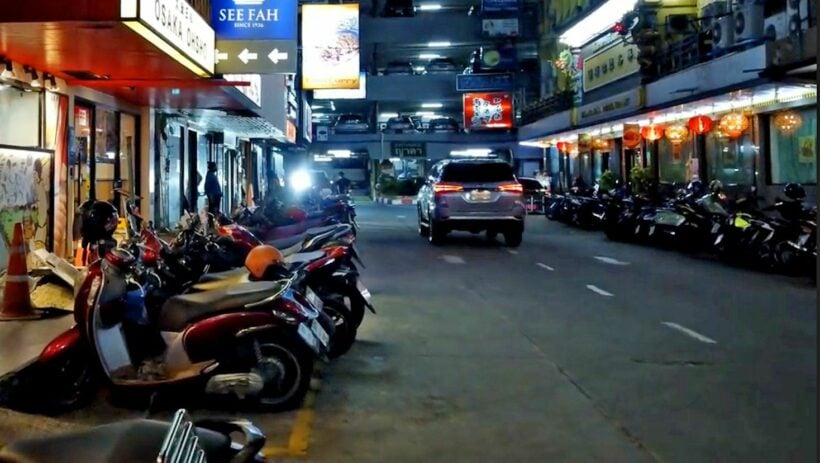 Thailand’s nightlife cat and mouse game between authorities and desperate bar and nightlife businesses will continue until the middle of January 2022.

Following deliberations from the CCSA yesterday, entertainment venues will have to keep their doors closed until at least January 16. To put an exclamation mark after the latest announcement, the Thai government has also extended the emergency decree until at least the end of January 2022.

But the CCSA did admit that “the situation is very fluid” and that they could grant exemptions “under extenuating circumstances”.

Bars in some of the country’s hot tourist zones, particularly in Phuket, have been openly flouting the rules in an effort to kick-start their businesses and put their staff back to work.

Despite a month of petitions and social media campaigns for a December 1 reopening, Pattaya’s lucrative nightlife was dealt an expensive blow at the meeting with the original January 16 date rubber stamped. The CCSA spokesperson addressed the petitions made to the committee during the past week but said that “the National Security Council decided the risk of outbreaks is too high at present to bring the schedule forward, due to the limited ventilation and closer contact among densely packed customers at pubs and bars.

“But if entertainment venues can fully cooperate with the government and show they are truly ready, it could be possible for them to reopen a bit earlier.”

The petitions and lobbying has been led by Pattaya’s NightWish Group and other bars, and fully supported by the Pattaya Mayor and council officials who are aware of the damage the long term closures are having on the seaside town’s economy.

Bryan Flowers, the head of the NightWish Group, says that they’re still hopeful there may be some leniency so that bars in Pattaya can enjoy what’s left of high season hope.

“I am still hopeful we will see a turn around. With 70% of Thailand being vaccinated by December 1, I was expecting we could open in December. Local authorities were unofficially telling license owners December 10 we can open.”

“There is a lot of anger from business owners and City Hall are frustrated being stuck in the middle. I think we are getting closer to breaking point, most guys arriving are leaving after 48 hours to go party in Bangkok or Phuket. We can just hope our staff and customers will come back to Pattaya again.”

In other matters, the colour-coded zonings around the country have also been updated so that there are no Dark Red Zones, with the maximum disease control. Effectively, that means there are no curfews anymore around Thailand. They’ve also extended the Blue Zones from 4 to 7 provinces. The latest Blue Zone list includes Bangkok, Krabi, Kanchanaburi, Nonthaburi, Pathum Thani, Phang Nga and Phuket. The Blue Zones are considered areas safe enough to act as Sandbox entry zones (where people can stay in that zone for up to 7 days and not do a hotel quarantine before being able to travel anywhere in Thailand). Blue Zones are considered tourist areas and have slightly relaxed restrictions compared to yellow, orange and red zones.

Meanwhile the Thai PM Prayut Chan-o-cha says that all public activities “must abide by Covid-free setting measures after being officially approved and that all patrons of a premises must be fully vaccinated.

“The government is preparing to come up with more countermeasures against the virus.”

The PM also noted that the government would find ways to compensate or assist entertainment venues and musicians affected by the extended closure.

He said that any entertainment venues that try and slip though the net, and reopen actively with customers will “face long suspensions”.

But the CCSA spokesman Dr Taweesilp Visanuyothin noted yesterday that dine-in services, with alcoholic drinks served, will be extended until 11pm and the venues will have to close at midnight.

The Public Health Minister also clarified earlier remarks saying that people attending restaurants would need to show proof of vaccination or negative test results. But in practice there has been very little application of this rule. (The Thaiger has never been asked for such proof at any venue in and around either Phuket or Bangkok, except during check-ins at airports)

Faz
This topic is deteriorating into personal bickering contest. Remain civil and on topic please.

Faz
A post attempting to defame another member has been removed immediately after issuing my advice to desist from personal bickering. FG's. Do not defame, insult, bully, or harass, any other member, person, or organisation. Formal warnings will be issued for…
LoongFred
1 hour ago, LoongFred said: Well said Marco. The landscape is rapidly changing, but good time are available if one is adventurous. Marco I need to correct myself as far as the term "mate" goes. I would never use to…

mickkotlarski
Just getting back to topic matters. I still like the idea if open air spaces and taking steps to get back to a normal lifestyle without being dictated by this cursed virus. Should improvement continue with dropping cases of infection,…

KaptainRob
With so many off-topic and potentially offensive posts being removed this thread is now LOCKED.