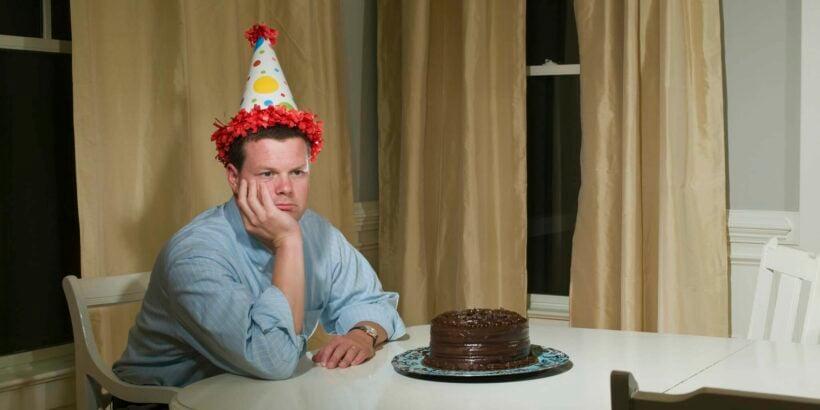 The Thai Government, flushed with the success of their containment of Covid-19, decided to market the Land of Smiles to the world as the safe place to travel. With the annual wet season starting to weaken the tourists would flock back to the S E Asian country that had such remarkable success containing, then almost eradicating, itself of the coronavirus.

They floated the Phuket Model – a chance to visit Phuket and do your mandatory quarantine in a luxury hotel with walks along the almost deserted beaches. But Phuket’s locals didn’t like that idea. It was floated again just before the annual Vegetarian Festival on the island, because piercing yourself with sharp objects and wandering around the streets in big groups isn’t dangerous, but a few foreign tourists in hotel quarantine is.

Then they came up with the STV – the tourist visa which would have the world’s eager travellers packing their sun cream for up to 270 days of Thai tourism.

There were promises of plane loads of tourists and even published flights and carriers. A few flights arrived, most didn’t.

In fact, since the start of the STV, the Special Tourist Visa, with its long list of restrictions and requirements, was floated, along with a re-vamped Tourist Visa, less than 400 people have arrived per month, on average, since the end of October. In the October and November of the year before more than 3 million people arrived in Thailand. Even the government’s limit of 1,200 new tourist arrivals per month was even slightly tested.

The government had bought all the streamers and a pretty new dress for the party but no one came.

For the Army generals and public servants who ran the country it was a devastating loss of face. But they had other things to worry about at the time as the Thai youth were revolting, literally. Anti-government protests, whilst modest in size, were inconveniently demanding democracy at the same time as the government was trying to figure out how to attract tourists. They were also targeting, for the first time, the country’s revered monarchy and the man who currently sits on the Thai throne.

Suddently it was high season, the annual onslaught of tourists from the end of November, but popular spots like Phuket, Samui, Krabi, all the other islands, even Chiang Mai, just remained mostly devoid of tourists.

Meanwhile the STV wallowed in its own failure – another failed response to the reboot of Thai tourism.

Where was the much-anticipated pent-up demand and people banging on the doors of the world’s Thai embassies?

It was the European winter and the ‘snowbirds’ would surely be back to soak in some Thai sun rays. But no.

The first problem was there wasn’t much for them to come back to. They would have the beaches of the islands all to themselves, they wouldn’t have to wait in line for anything, the domestic airlines were still selling low fares to travel anywhere around the country.

But otherwise there wasn’t a lot for them to do. The tourism magnets were a shadow of their former selves. Walking Street, Bangla Road, tours and tour boats, all the tourist-strip restaurants. The buzz of the crowds was gone and more than 90% of the tourist-related business had closed up.

Their staff, their families, their bank loans, their stock and investments – all on hold and forced to find some other means to make ends meet. 931 of some of the larger official tourism operators have now gone out of business, according to Bloomberg News. There would be thousands more of the smaller family operations that have also been swept aside by the Thai government’s responses to the world pandemic.

The industry players wanted action, changes and some sort of stimulus to bring back the tourists. For a country that relied on up to 20% for its GDP, getting the tourists and travellers back was THE only thing on their mind. 2019’s tourism revenue of US$60 billion had vanished from their, and their employee’s, pockets.

But the government wouldn’t relax the quarantine rules and maintained the restrictions and paperwork that has turned off even the keenest Thai-ravellers.

An outbreak of clusters to the south of Bangkok and the nearby eastern coastal provinces since December 20 hasn’t helped. In less than a month Thailand’s number of Covid-19 infections more than doubled. Initially the latest outbreak was tracked down to the illegal import of Burmese migrant workers by greedy seafood businesses wanting cheap labour. Then it spread to eastern provinces – Rayong, Chan Buri, Trat and Chanthaburi – through illegal gambling dens. In both cases the practices were things the local officials turned a blind eye to. The use of cheap, illegal migrant labour and illegal gambling were both popular  pursuits but ‘underground’. It was a rude awakening for Thai officials that, this time, the enemy was within.

Street after street in Pattaya is deserted, shops shuttered. Parts of Phuket’s Patong are a ghost town. The island’s ubiquitous tuk tuks, taxis and tourist vans have vanished (where?!). Most of Bangkok is ‘sort of’ back to normal but there are few tourists topping up the retail till or booking rooms in the tens of thousands of hotels. Average occupancy rates, even for the brave hotels that have re-opened their doors, has been less than 30% – bottomline, they’re losing money.

On the upside, if you are living in Thailand, the plane fares remain cheap, hotels have slashed their prices and, for the first time, many renters will consider a discount. The Thai government has been active in stimulating the domestic tourism but apart from circulating the local currency, the country’s tourism industry remains on-hold until the pandemic passes. And that, as we’ve seen, won’t be any time soon.

The world’s travellers, now a much smaller groups than the masses that fuelled the world’s aviation industry in the past few decades, are not heading to Thailand to front up to a 14 day quarantine. They’re going to the Maldives and Costa Rica, and a handful of other resorts who have thrown caution to the wind – some with greater success than others. Just about every survey indicates that tourists, even business travellers, are not willing to stare down 14 days couped up in a 20-30 square metre hotel room. For many of the hotels that rushed to be registered as ASQ (Alternative State Quarantine) facilities, many have dropped out, some of them are now closed.

The stakes are now really high for Thailand and its tourism industry. The government, despite demands, is refusing to reduce the quarantine time or lessen the long list of restrictions and paperwork. The country has now lost it’s glossy veneer as the ‘safe country to visit’ and the annual high season will be coming to a close in a month or so.

Chinese New Year and the annual flood of Chinese visitors to Thailand? Won’t be happening in 2021, the Chinese year of the Ox.

The other ‘elephant in the room’ was the high value of the Thai baht against the currencies of some of the traditional feeder markets. Whilst the Thai baht has been relatively steadfast, many of these currencies have dropped in value against the THB. The perception was that Thailand as becoming too expensive to travel. But 2019 was still the biggest year for tourism on record, despite this often-wheeled out prediction of a tourism apocalypse.

The only hope on the horizon is the vaccine, or vaccines. The early global roll out is just that, early. It will take 6 – 12 months to see if the hard work of the world’s medical and scientific community will be the great saviour.  Certainly, a risk-averse Thailand will be limiting any tourism in the immediate future to vaccinated customers. only, and (as stated policy) they will still have to do the 14 day mandatory quarantine, at least in the short-to medium term. Same with the world’s airlines. So Thailand’s tourism woes, especially in the hotspots – Pattaya, Phuket, the islands, Chiang Mai and Bangkok – will reverberate throughout 2021 as well.

Thailand’s economy contracted 6% in 2020 but some economists are predicting a positive turn-around to a 3.5 – 4.5% improvement in 2021. Even the ever-optimistic Thai Tourism and Sports Minister, Phiphat Ratchakitprakarn, says that there will be 10 million arrivals in 2021. The actual numbers, even in the best of circumstances, will fall well below that prediction. Exactly where the tourists would come from, under the current circumstances and a global depression, is difficult to imagine.