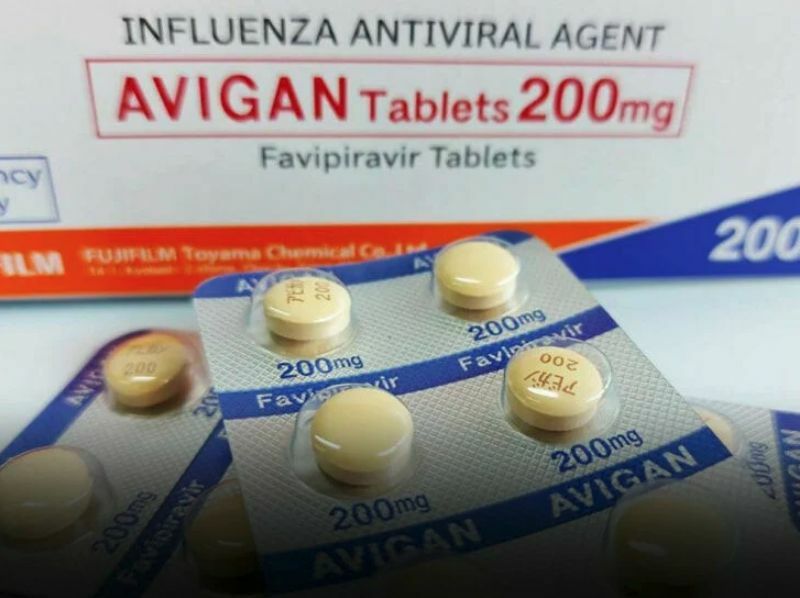 Health authorities are stocking up on medical supplies to fight Covid-19 as Thailand prepares to celebrate Sonkgkran next week. Infections have been spiking to more than 20,000 a day with the death toll occasionally approaching 100.

By mid-April, the Government Pharmaceutical Organisation plans to deliver some 30 million Favipiravir tablets to the Public Health Ministry, just in time for Songkran. That’s according to the GPO deputy managing director Sirikul Matevelungsun, who last week announced…

“The Public Health Ministry has requested 75 million tablets of Favipiravir and Molnupiravir for the Songkran period.”

The traditional Thai New Year celebration of Songkran will begin on April 13. Thailand officials have been on the defensive to prevent an escalation of the current Omicron wave of infections spreading though the country. Normally, the Thai return to their hometown for family gatherings, creating prime conditions for the spread of the virus.

Recently, there have been reports of a shortage of Favirapirivir in Thailand. But the Health Ministry’s permanent secretary Dr. Thongchai Keeratihattayakorn, has refuted such claims, saying…

“We have enough medicines in stock. Shortages may be reported in some areas because some hospitals do not update their stocks on a daily basis. But once it’s reported, we can quickly fill their stocks with help from other hospitals nearby.”

In the past three months, more than 3,000 people have died from Covid-19, Thai PBD reported. To minimize casualties, doctors have been administering the popular anti-viral medicine Favipiravir, in the sum of 2 million tablets a day. But most patients have mild cases, requiring basic medications to treat symptoms such as sore throat, decongestion and fever.

According to the current guidelines from the Medical Services Department, asymptomatic patients should not be prescribed anti-viral medications because their immune systems are strong enough of them to recover unaided. However, they may receive the fa talai jone — an OTC herbal medicine that Thailand health authorities have proven is an effective treatment for Covid-19.

Meanwhile, stronger pharmaceutical grade anti-viral medication like Favipiravir may be prescribed to symptomatic patients if Covid-19 has been deterred early enough in the infection cycle to prevent their symptoms from becoming more severe. But it should not be prescribed to patients who have had symptoms for five days or more, as the virus has already reached its peak viral load in the body by that time and symptoms should begin to decrease naturally as the immune system fights back with natural antibodies.

In Thailand, those with mild symptoms are out of luck; no Favipiravir for them. On the bright side, their immune systems are strong enough to fight the virus. For the most vulnerable people, such as the elderly (ages 60 and up) and those with preexisting medical conditions, anti-viral medicines are high recommended. Accessing such medicines should not depend on how severe one’s symptoms are.

DoUKnowWhoIAm
4 minutes ago, Thaiger said: In Thailand, those with mild symptoms are out of luck; no Favipiravir for them. Out of luck? Why would you want to eat it if you have mild symptoms? The ones with serious symptoms are…

ThaiEyes
15 minutes ago, DoUKnowWhoIAm said: Out of luck? Why would you want to eat it if you have mild symptoms? The ones with serious symptoms are really lucky, aren't they🙄 Indeed. With some, they may not even recognize that it’s…

Tourists flood back to Thailand as travel restrictions ease before Songkran