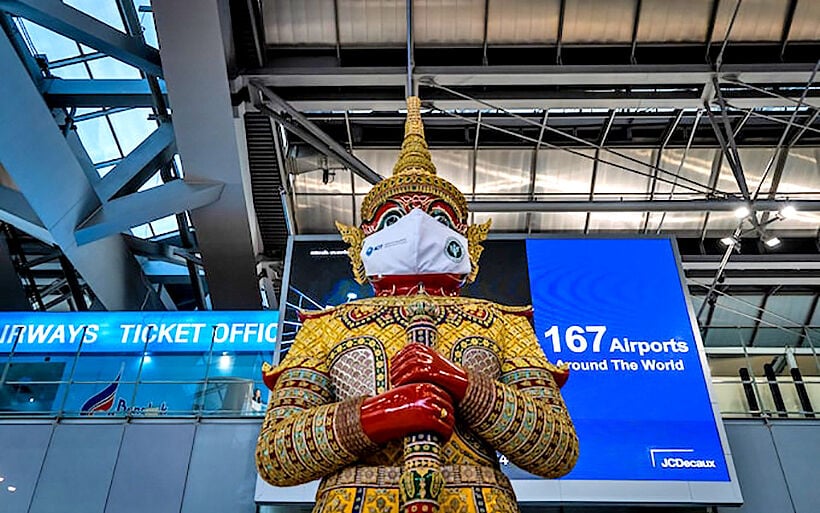 The Thai Prayut Chan-o-cha is calling on all 77 provincial governments to do everything they can to reduce the spread of the latest Covid surge in Thailand. There has been more than 18,000 new infections over the past 2 days. Today, Thailand logged 18,953 official new cases with numerous additional un-official cases which have been registered from ATK tests. So there’s an extra 8,814 “probable cases”.

There were 30 Covid-related deaths also registered in the past 24 hours. 183 of today’s infections were from overseas.

The PM says governors will… “need to speed up campaigns deterring the spread of Covid-19 by cooperating with all sectors”.

He’s also asking everyone in Thailand to continue complying with the country’sCovid-19 preventive measures and “closely monitor any outbreaks”.

As the number of new infections rack up, mostly fuelled by the Omicron variant, the conundrum for the government becomes more acute – wanting to project an image of Thailand as a safe place to travel, trying to reduce the sheer number of cases and additional hospitalisations, and coping with the increasingly louder demands from the tourism and hospitality sector to reduce restrictions and paperwork for travellers ASAP. 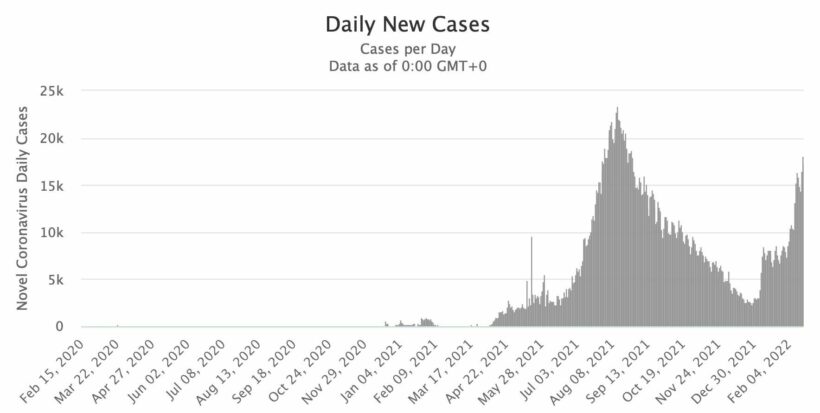 “New measures may be implemented in the future to contain the virus, but the administration of third and fourth doses of vaccines must be expedited.”

Director-general of the Medical Services Department Somsak Akksilp said that the number of Covid patients needing hospitalisation had almost doubled from 33,286 to 64,900 people from January 16 to February 16.

“Many patients have increasingly been found to be in need of ventilators.”

Yesterday Bangkok reported the highest number of new infections at 3,458, then 957 in Samut Prakan, 811 in Chon Buri, Nonthaburi with 596 cases and 534 in Phuket. Yesterday 168 of the country’s new infections were detected in overseas arrivals, the highest amount from Russian passengers.

Whilst Thailand wrangles with the surging Omicron wave, albeit with fewer hospitalisations than last year’s surge, between July and September when the daily infection numbers peaked at 23,418, the tourism industry is calling for immediate and almost total removal of the current arrival procedures, expensive PCR tests and enforced, pre-paid, stays at SHA+ hotels.

The Minister for Tourism and Sports Phiphat Ratchakitprakarn has taken a slightly less strident tone, saying on Friday that the second PCR test required by the Test & Go scheme should be scrapped by March. Meanwhile the Tourism Authority of Thailand is proposing a relaxation of entry requirements by replacing the controversial and unpopular, second PCR test on Day 5 with a rapid antigen test.

Those proposals will be discussed at the next CCSA meeting this Wednesday, February 23.

The Thailand Pass remains the main talking point for potential travellers, especially the additional 5th day of PCR tests and accommodation in a registered SHA+ hotel, that was added when the Test & Go program was re-introduced on February 1 this year.

Meanwhile, around the world, global Covid numbers show that the so-called Omicron wave, where the majority of new infections are from the Omicron variant, displacing the past Delta variant, is now dissipating. In the first three Covid waves, the daily global number peaked around 800,000 – 900,000 infections. The Omicron wave peaked at 3,796,800 infections on January 21, 2022.

But the death rate has been much lower. That, too, is now starting to wane as many country’s continue to open up and remove many of the past restrictions. Deaths from Covid 19, since January 2020, have now reached 5,900,232 people. The worldometers.info graphs below represent the current global situation… 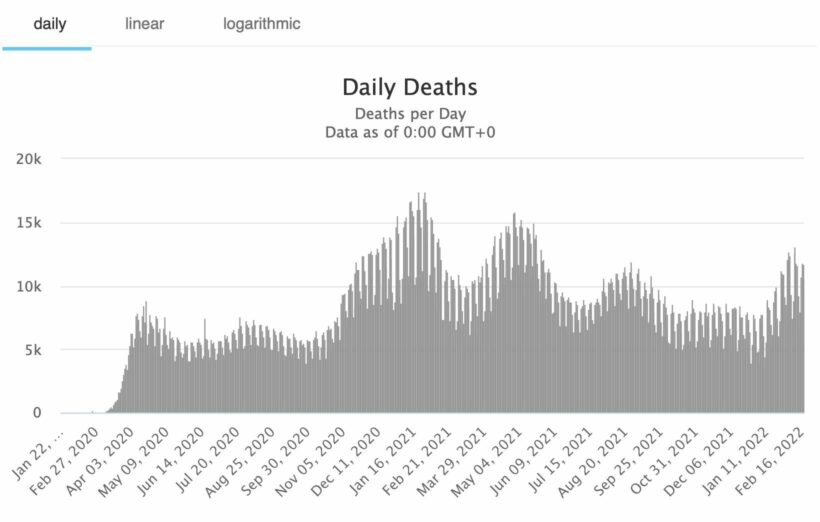 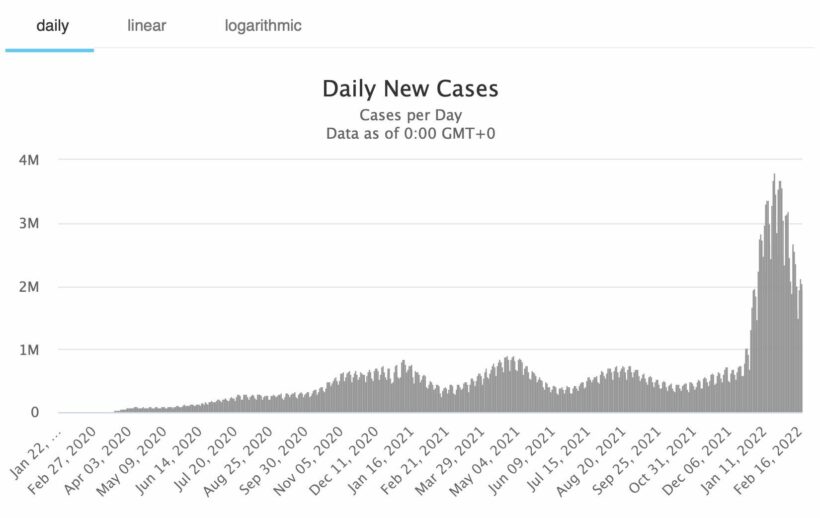 Graham
9 hours ago, BIGGLES said: Today in the UK, we have been told that a hard working great grandmother of 95 years, has contracted Covid19 (Omicron). We have also been told that the lady displays minor cold like symptoms and…
polymath2002
And I could get hit by a bus tomorrow. Id rather die on my feet than live on my knees worrying about something that may not happen and is completely out of our control. Time to move on.
fpschubert
16 hours ago, Tim_Melb said: The numbers in the Philippines are all fake see my previous post If you have any other reliable data compared to the official data of the government, you are free to share it, otherwise, you're…
Paulw
When will the authorities admit that Omicron is already here and its not generally the tourists bringing it with them. They have just tested negative to 2 PCR tests in a few days and then after 5 days bingo, they…