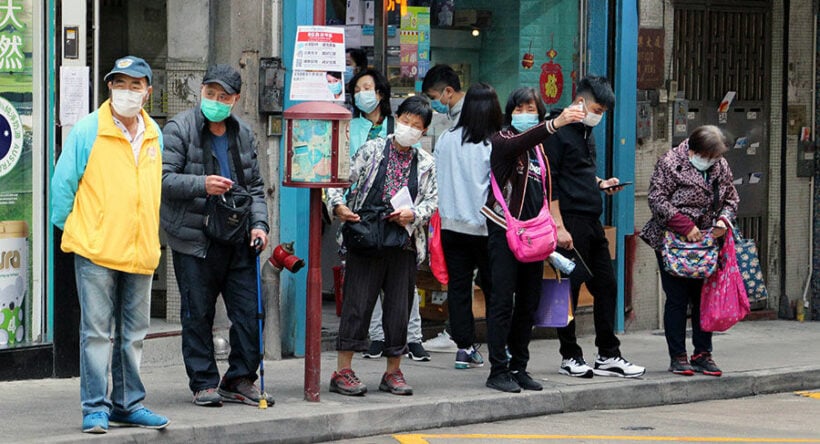 A Thai doctor who specialises in respiratory conditions has slammed the World Health Organisation for doing an about-face on its policy on the use of face masks. Having originally declared there was no evidence cloth masks could help prevent the spread of Covid-19, the organisation is now advocating their use in public.

Dr. Manoon Leechawengwong’s criticism comes as the WHO also withdraws a claim that transmission of the virus by asymptomatic carriers is very rare. Dr. Maria Van Kerkhove, who made the original assertion at a WHO briefing, has now back-pedaled, saying her remarks were a misunderstanding and not representative of WHO policy.

The WHO’s new advice on the wearing of face masks comes after many countries (primarily Asian ones) were already doing so for months. A report in Nation Thailand says it’s not the first time the WHO has disagreed with Thailand on disease prevention. The Thai Public Health Ministry and Infectious Disease Association have previously defended the practice of spraying disinfectant to control the spread of disease, which the WHO opposes, calling it a danger to public health and the environment.

Dr. Manoon recalls an encounter he had with the organisation over 20 years ago, when they criticised his view on testing for drug sensitivity in tuberculosis patients.

“Back in 1997, the World Health Organisation stated that examining tuberculosis drug sensitivity in developing countries is useless and wasteful. I contested that position in 1998, saying Thailand needs to check. Not knowing the patient’s sensitivity to a drug may mean the doctor can’t use it, because otherwise the germ targeted could become more resistant and continue to spread to others. WHO representatives in Thailand at that time said my advice was irresponsible, pulling money from others’ budgets.”

Dr. Manoon went on to conduct his own research to help with tuberculosis treatment in government hospitals, with the WHO eventually changing its policy and recommending all countries carry out drug sensitivity tests before administering treatment. In 2012, the Wall Street Journal slammed the organisation for its original stance.

Now Dr. Manoon is calling for reform at the WHO, saying its members need to be prepared to listen to different viewpoints on disease prevention.