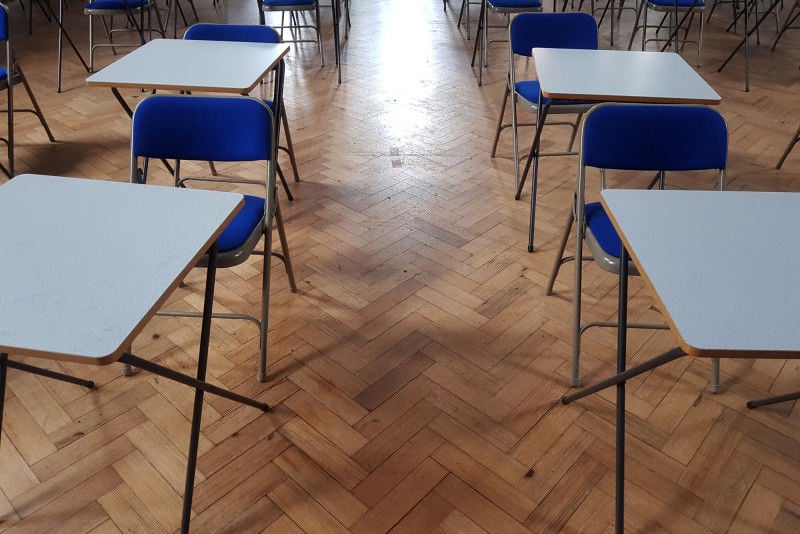 The Office of Basic Education Commission has ordered public schools to wait for a formal approval from the CCSA (Centre for Covid-19 Situation Administration) before re-establishing their full timetable.

Since schools reopened at the start of July, schools with large classes of students have been required to split upinto two groups, operating on an odd/even basis with half the class on Monday, Wednesday and Friday and the other half on Tuesdays, Thursdays and Saturdays. In another arrangement one group of students studied for five days in a row, while the others stayed at home and studied online. Then swap over the next week.

The secretary-general from OBEC says that public schools “are still obliged to follow the limited attendance regulations” enforced by the CCSA and the Ministry of Education.

“We understand the situation has improved to the point that many schools want to return to normal. We want that, too, as face-to-face learning is better for students than  studying online. However, we also have to listen to the CCSA and wait for its green light.”

OBEC, CCSA and Ministry of Public Health are now discussing restoring normal school hours and operations, but with strict health safety measures to protect students from any potential infections. The situation in Thailand mirrors many other Asian countries where students’ health is is being put above the imperative to fully re-open schools.

In a letter sent to school executives by OBEC, the warning not to fully reopen follows some public schools deciding to resume normal hours and operations without authorisation from authorities. Dr. Taweesilp Visanuyothin from the CCSA says that schools and other education providers have been free of Covid-19, “but there are still concerns to address”. He acknowledged that the CCSA realised school regulations during the outbreak were flawed because poorer students had limited access to adequate computer hardware and software needed for online learning.

“Poorer students also could not take advantage of the state-run school lunch programme while studying at home.”

Survey: China travel may take a year to recover