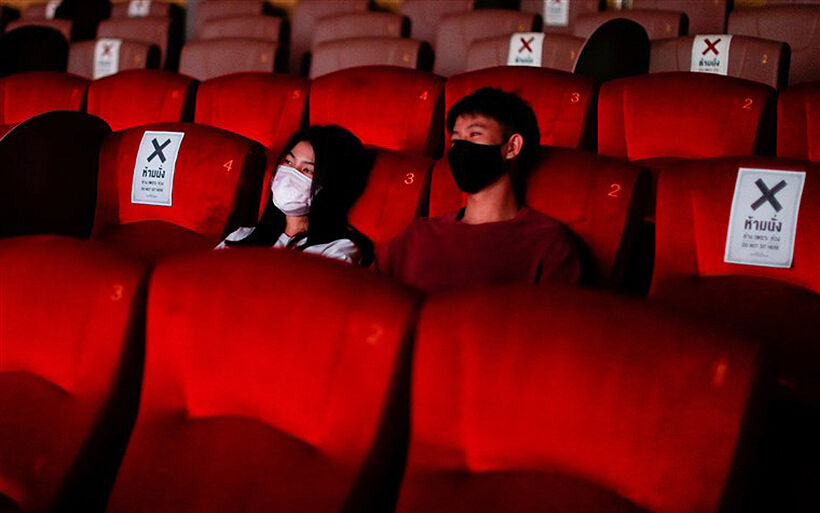 FILE PHOTO: PM Prayut said he would pass on a proposal to reopen theatres to the CCSA.

Fans of the silver screen may have some good news coming soon, as Prime Minister General Prayut Chan-o-cha has agreed to pass on a proposal from the Creative Industry and Artist Network to reopen theatres and to allow filmmaking to proceed again.

The prime minister met with representatives of the network which acts as a lobbying force on behalf of more than 40 entertainment industry organizations as well as individual artists on a national and local level. The meeting took place through video conferencing and PM Prayut was sympathetic to the plight of the industry during Covid-19.

The network pleaded to allow film crews to resume filming around the country in order to produce new content. They also proposed relaxing restrictions to allow movie theatres and other arts venues to reopen in low-risk areas in order to share that content. Cinemas have faced repeated closures due to the Covid-19 pandemic.

A government spokesperson said that the Prime Minister listen to their requests and assured them that he agreed with their proposal and would pass it on to the Centre for Covid-19 Situation Administration, which is the governing body that would ultimately have control over the decision.

He suggested that the CCSA would look over the proposal and create the necessary restrictions and regulations to allow for a safe work environment for all the people struggling because of Covid-19 in the creative and arts industry.

PM Prayut also promised to work for financial relief for the industry including financial aid programs like soft loans and allowing tax breaks in an attempt to keep filmmakers and other artistic businesses solvent during the pandemic.

Max1983a
Nobody forces anyone to go to cinemas. There are those who really miss cinema experience.

Hamosity
8 hours ago, Max1983a said: Nobody forces anyone to go to cinemas. There are those who really miss cinema experience.    I’m assuming @AlexPTY is referring to the air being forced, i.e. being returned to the room either cooled or…

AussieBob
19 minutes ago, Hamosity said: Good to read that the creative arts/film industry got a hearing but haven’t promises of tax relief and soft loans been made before to other sectors??  Is anything real likely to happen? Maybe - maybe…

Ted
Not a movie geek myself, what I think would be better is too looking into the opening of the gyms
Bob20
Any idea to put significant numbers of people in an enclosed space for a prolonged time with just circulating air is brilliant! If your intention is to spread the virus.