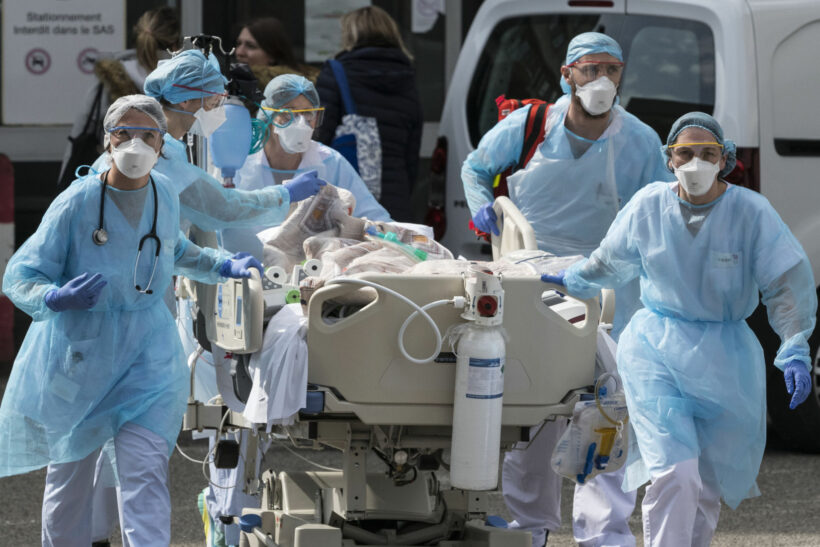 Phuket has reported 9 new Covid-19 coronavirus cases today (Saturday), bringing the total number to 109. Of the total, 17 have made a full recovery and been discharged from hospital; 92 are still in hospital, with 1 patient remaining in critical condition.

1,423 people are considered at high risk due to contact with confirmed cases. 221 people are in hospital, 129 of them awaiting test results. 1,202 have already been sent home. As in the past week, most of the cases come out of Patong.

Case 101: A 57 year old Estonian man who has travelled extensively and has a history of visiting the Bangla Road red light district. His contacts are being traced.

Case 102: A 20 year old Frenchman who also recently travelled to multiple countries He too visited Bangla Road, and is known to have had contact with case 101.

Case 103: A 39 year old Thai woman who works at a hotel in the island’s Patong district. She had close contact with foreigners and fell sick on March 26. 17 people are considered at high risk.

Case 104: A 20 year old Thai university student, who has never travelled abroad. He became sick on March 25. 7 contacts are considered at high risk.

Case 105: A 39 year old Thai woman, a  waitress in Bangla Road. She has a history of close contact with foreigners and became sick on March 26. 2 people are at high risk.

Case 106: A 38 year old Thai man who works at a hotel in Patong, the same hotel as same as confirmeed cases 69 and 90. His contacts are being investigated. 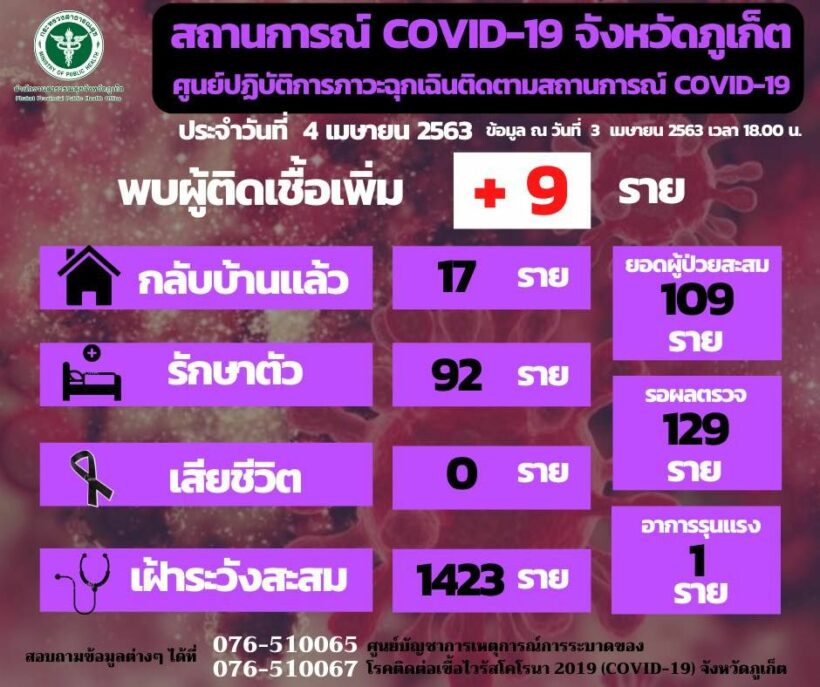