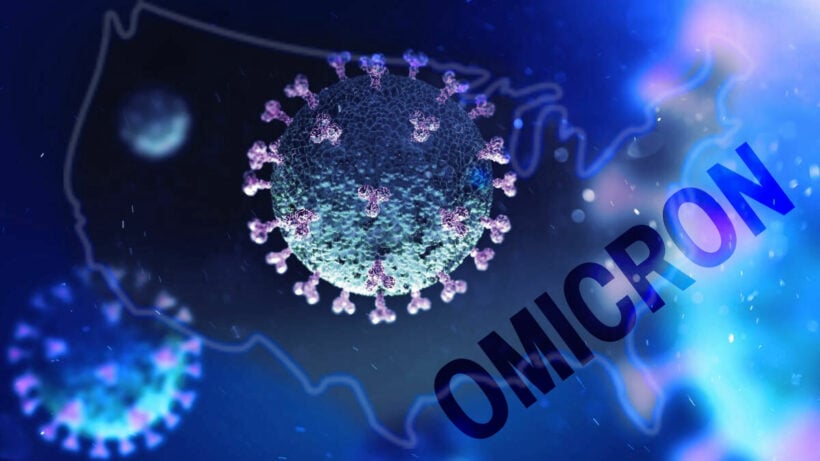 PHOTO: Omicron spreads in the US and in the world. (via Canberra Times)

Omicron, the worrisome new variant of Covid-19 first identified in South Africa, has now been found in at least 38 countries and 10 US states, though it still has not been detected in Thailand. The figure increased sharply after being found in only 23 countries in the middle of last week. The spread seems to be accelerating as scientists study the strain to determine if it is more or less contagious than the dominant Delta variant worldwide as the World Health Organisation says some of the mutations of the spike protein indicate higher transmissibility and increased resistance to immune protection.

Some initial reporting suggests Omicron infections are relatively mild, which would be good news, but other data suggests that the variant is more able to reinfect those who already survived Covid-19 previously. A lack of data for such a new strain is still hindering researchers to offer any conclusive scientific details on the strain.

In the US, Omicron was first identified in a fully vaccinated traveller who landed in San Francisco coming from South Africa. Now the variant has spread to at least 10 states throughout the countries with Maryland, Missouri, Nebraska, New Jersey, and Pennsylvania joining the list Friday. White House chief medical adviser Anthony Fauci says there is definitely community spread now and cases are expected to rise.

Infections of the Omicron variant had previously been identified in California, Colorado, Hawaii, Minnesota, and New York where an anime convention in Manhattan may have been a spreading point. Covid-19 cases in general are on the rise in the US with a 7-day average of 100,835, the highest since the beginning of October, surging after an artificial dip as people paused from testing and reporting to celebrate the Thanksgiving holiday.

Meanwhile, 2 batches of the Covid-19 drug Remdesivir have been recalled in the US as traces of glass particles were found in the vials. Gilead Sciences confirmed the particles in their own investigation of the drug they produce and recalled 55,000 vials of the drug though they did not find any instances of harm caused in the defective batch. While the recall is enough for 11,000 people to be treated, the company says the global supply will not be affected.