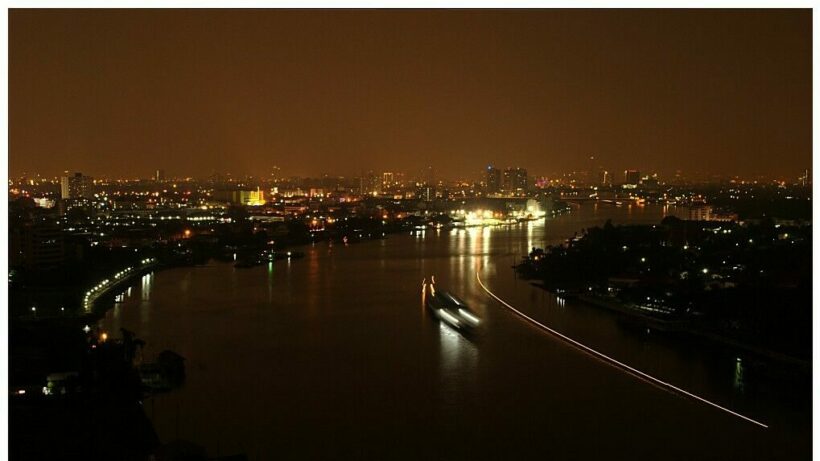 A septuagenarian security guard hanged himself in his room in Nonthaburi, a province to the north of Bangkok. The Covid infected man was waiting for a hospital bed when he killed himself. The man’s body was found this morning.

A public health volunteer, 51 year old Parisa Phuwanartsupakit, found 73 year old Chao Singtordead on his 4th floor balcony in the Sombat Buri Condo building. The volunteer was out delivering meals when they encountered the Cimmerian scene around 9 am this morning, says Akkharapol Banchong from the Bang Bua Thong police.

Paisa says she had dropped off a bag of rice to Chao’s room the night before. When she was unable to get in touch with him the following day she reached out to staff and got a duplicate key to let herself in to check on Chao. The volunteer questioned why so many Thais were unable to get a hospital bed while migrant workers working at factories got beds.

A week ago today, the man’s son, 43 year old Chalee Singtor had talked to his father on the phone and learned his father was tired and hungry. The son rushed to see his father. Neither the father nor the son knew Chao had Covid at that time. However, he was soon tested and discovered he had it.

Chalee had contacted several “senior people” to help find his father a hospital bed. He received many promises but no bed.

Yesterday, Chao called his son again and reportedly said he couldn’t “stand it” any longer. He complained of breathing difficulties and said he was exhausted. Chalee told his father to try to hold tight while he chased down a lead on a hospital bed. The next morning Chalee would learn his father killed himself.

Earlier today, the Thaiger reported how the “Vaccine Jai program” is seeking to address Covid related suicides. Back in May, it was reported that an increase in suicide in Thailand was feared.

Dedinbed
Dreadful affair especially for the Son .. the Muppets running the show and their total balls up in directing the whole covid situation are damned with eternal shame for their contemptible handling of it ..  Re-incarnation eh .. Prayuth and…
9S_
What will be will be