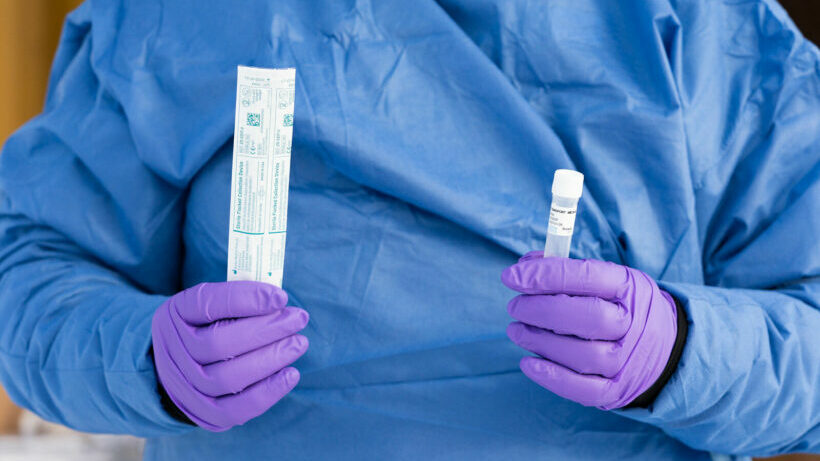 A new project, involving mass-testing for Covid, is being launched to help look after the homeless and other vulnerable people in Phra Nakhon, a district in Bangkok. The project, “Klong Lod Covid-free”, was started by a group of civil society organisations that are working with the government.

The project gets its name from Klong Lod in the Phra Nakhon district. Klong Lod was specifically chosen because the area is known to have a high concentration of at-risk individuals. Many of these people have been overlooked by the government as Covid was hitting the country harder than ever before. The at-risk individuals often do not have access to the state’s healthcare system, thus, they have not been able to get medical treatment if they get sick from Covid or another ailment.

The plight of these people did not go entirely unnoticed as several organisations, spearheaded by the Issarachon Foundation, resolved to work with state agencies to provide free Covid tests and vaccines for the neighbourhood’s overlooked, vulnerable people. The Ministry of Social Development and Human Security says the project’s goal is to turn the area into the capital’s first Covid-free neighbourhood. The permanent secretary of the ministry, Patcharee Arayakul, adds that active case findings will be performed in Klong Lod every Friday. Patcharee says around 200 people will be tested in the neighbourhood each week. She says homeless people and people who cannot get a Covid test will be prioritised.

Secretary-general of Issarachon Foundation, Adchara Saravari, says the testing will be performed at a site established by a canal behind the Supreme Court building. The site had previously served as a vaccination centre since last Friday. She adds that the new programme will offer both antigen test kits and RT-PCR tests to test people, with active case finding taking place over a 2 week period.

Adchara went on to say the Issarachon Foundation has hired experts to make other solutions to make sure the neighbourhood can be free of Covid. She says the foundation has already been offering help to vulnerable groups since the start of the pandemic.

“Not only are they ignored by the public, the state has hardly reached out to them. Say if a homeless person tests positive, where can he or she go to seek treatment once the infection is confirmed, without an ID card?”

The foundation has already received assistance from several organisations, such as the Chulabhorn Royal Academy, which has given the foundation vaccines, medication, and Covid tests. If all goes well with “Klong Lod Covid-free”, it could serve as a model for Covid management in other low-income areas, says CEO of Group 3 under Bangkok Dusit Medical Services, Dr Kongkiat Kespechara.

Dr Kongkiat says infection rates in low-income households are usually higher than in households that make more money. He adds that the decision to launch a mass testing drive in Klong Lod was partially inspired by seeing the outbreak in Klong Toey. He says Klong Toey exemplified the importance of mass testing in stopping the spread of Covid.

The doctor went on to urge the government to provide medical assistance to homeless people as they tend not to have ID cars. He says helping the homeless avoid catching Covid will help the rest of the public from catching Covid.

AlexPTY
That's a great idea, but I saw rapid test kits at Boots before, anyone know what happened? Is direct sale prohibited now? Any place to buy those in Bkk?

Koh Samui to switch from “Samui Plus Model” to Sandbox programme