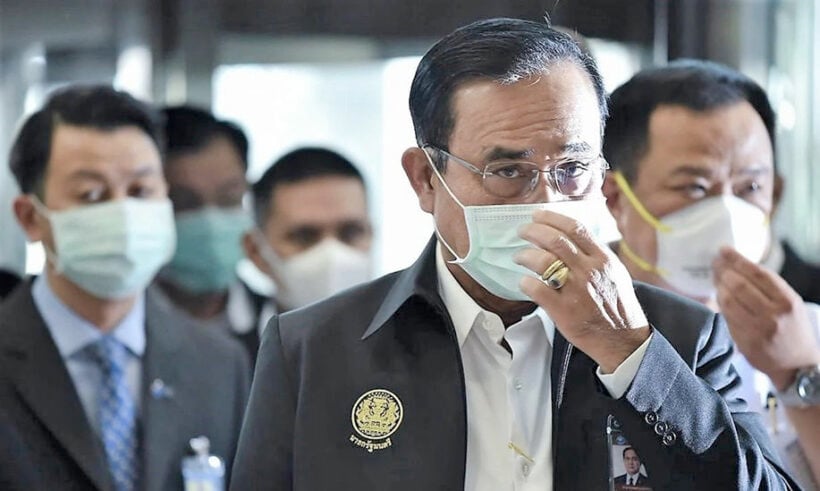 The National Institute of Development Association recently conducted a poll that asked 1,259 Thais from various walks of life about their thoughts on lifting the current Emergency Decree restrictions, such as the closure of businesses and the national curfew.

The poll was taken from Thursday to May 9 and comprised Thai nationals over the age of 18 from various backgrounds, gender and education levels.

A clear majority, over 80% indicated clear support for lifting the majority of “lockdown” measures based on the current low numbers and trends of Covid-19 cases in the country. This is represented by the first column on the chart in Thai. 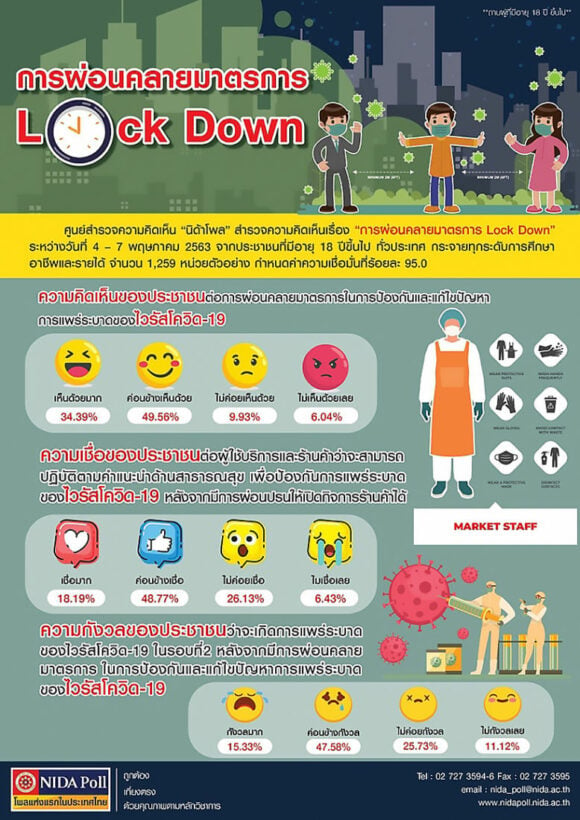 The answers were divided into “agree,” “strongly agree,” “disagree” and “strongly disagree.”

Only 6% said they strongly disagree with lifting lockdown measures and supported keeping the current restrictions in place for an extended period.

A recent poll conducted by The Pattaya News among over 1000 foreign readers and expats on social media displayed similar results, although slightly lower than the NIDA poll. Asked about proceeding with further easing of restrictions, 71% supported lifting more restrictions and easing the lockdown further.

The NIDA poll also asked users about confidence in businesses and consumers practicing safe hygiene and physical distancing, and the majority believed that people would.

Finally, the NIDA poll showed that, despite an overwhelming majority supporting further easing of restrictions, the majority are still concerned about the potential of a second wave of the infections in Thailand.