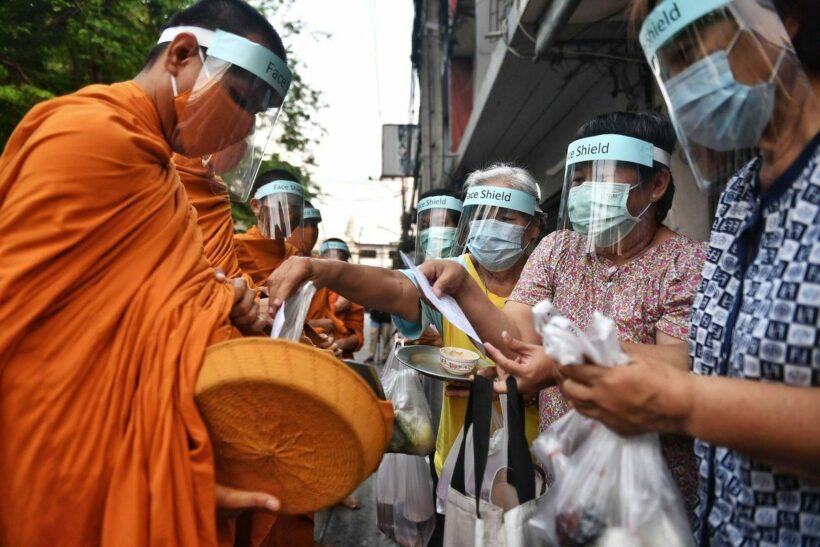 Thailand’s public health department has reported its tally for the past 24 hours from around the country. There has been 30 new Covid-related deaths and 2,256 new cases. Out of today’s new infection total, 183 of those were from the prison system. Yesterday the numbers jumped substantially because of the release of case numbers from two highly infected prisons – Bangkok Remand Prison and the Central Women’s Correctional Institution.

• Thailand’s Volleyball Association is still hopeful of sending a team to compete in the Nations League in Italy, despite a cluster of cases in the team’s training camp. The TVA has withdrawn the women’s team from the tournament after 22 players and officials tested positive earlier this week. The head of the team announced results of further tests were expected before next Monday.

“We will try to send a team to compete in this event. We hope our athletes are healthy and ready for this competition. If necessary, we may call up some more players.”

• A worker’s camp in Bangkok’s north has been closed by officials after 196 people tested positive for Covid. The new cluster was discovered during proactive testing at the Italian-Thai workers’ camp on Soi Yai Phol, Chalermprakiat Chulabhorn Road in Lak Si, just south of the Don Mueang Airport area.

• After pumping up its numbers for domestic travel for the last quarter of 2021 yesterday, the Tourism Authority of Thailand has now downgraded its outlook for domestic trips and revenues for the rest of this year “because of the economic downturn”.

The TAT governor Yuthasak Supasorn said last year’s 90.5 million domestic trips, supported by the Thai government’s stimulus measures, such as “We Travel Together” and “Tour Teaw Thai” (Travel Around Thailand), have set the bar for expectations this year. But last year’s receipts also include the first 3 months of 2020 which were largely unaffected by the approaching pandemic response and border closures.

Mr. Yuthasak says that the measures could start by the end of June or early July, when the current wave of infections “is hopefully under control”.

Expat vaccination in Thailand likely to be delayed