Some workers in nightlife and entertainment venues may soon receive a taste of Covid-19 financial relief from a government payout. The Social Security Office of Thailand agreed to help people in the entertainment sector who have been without work and any financial assistance for over a year. If the Cabinet approves the new measures, workers in the sector can receive a one-time payout of 5,000 baht.

The single payment would go to nightlife entertainment workers like musicians, comedians, and other performers who have been unable to work due to Covid-19. Representatives of nightlife entertainers met with Social Security officials and reached the agreement which will then go to the Cabinet to consider and approve at their meeting on December 21.

If approved, the Secretary-General said they expect payments to be wired to many entertainers directly to their Prompt Pay accounts right before the end of the year on December 29. The SSO has a list of 120,000 people in the entertainment sector who are expected to benefit from this payout. A second round of payments will be likely to cover everyone, and those who are not on the list can apply by January 14 as a new list will be finalised on January 28.

People who are not on the list to receive a payout such as folk musicians or other performance artists are encouraged to contact the Musicians Association of Thailand to request to be added to the list. Entertainers over 65 are not eligible for the payout, but a separate list of their names will be sent to the Ministry of Culture in a plea for assistance.

While many would argue that after over a year of being forsaken, a single payout is too little too late, but the SSO says that the worst of the Covid-19 pandemic has now passed, as future payments won’t be necessary. The vice president of the Musicians Association of Thailand pointed out that workers in the entertainment sector were the first to lose their jobs and the last to have an opportunity to work again or receive any financial aid. 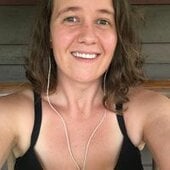 resetamy
5000 baht? when these people's livelihoods have been gutted from them for 2 years running, no sense of repreive (especially the more farang centric musicans), that is a slap in the face. Thailand is intentionally starving the populace through these…

AlexPTY
Yes, let's call them "a performers"
HiuMak
Life is a stage. Everyone is a "performer". This should extend to every resident in Thailand

Police banned from time off over Christmas, New Year holiday