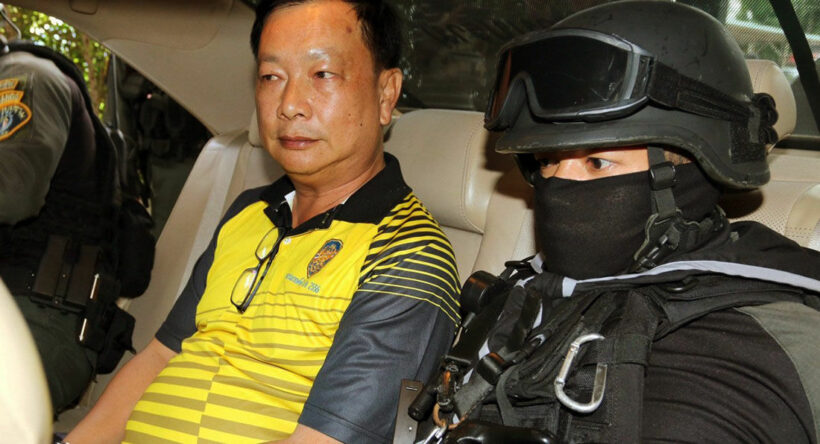 Former deputy commerce minister Banyin Tangpakorn, along with 5 other suspects, is facing charges from the Crime Suppression Division (CSD) relating to the killing of a senior judge’s brother.

Deputy chief of the CSD Anek Taosupab, says investigators are planning to question Banyin in prison over the murder of Wirachai Sakuntaprasoet, (brother of Criminal Court senior judge Phanida Sakuntaprasoet).

Banyin is currently detained at the Bangkok Remand Prison, where he is serving time for forging documents to transfer 263 million baht worth of shares to two associates. The court found Banyin guilty of colluding with Kanthana Siwathanapol, a former golf caddie, and stockbroker Uracha Wachirakulton to transfer the assets of the late billionaire contractor Chuwong Sae Tang.

The suspects allegedly tried to force Judge Phanida to drop Banyin’s charges in the share transfer case. The CSD say they have evidence, including forensic tests, to prosecute murder charge against Banyin and the five other suspects.

According to a report, Judge Phanida asked Wirachai to pick her up from work after she was assigned to hear Banyin’s forgery case. When the victim arrived at the court, he was kidnapped and later killed. The case was then assigned to another judge, and the trial ended with Banyin sentenced to 8 years in prison for forgery.

Currently, Banyin and the suspects are facing charges of assault, abduction and threatening a state official.