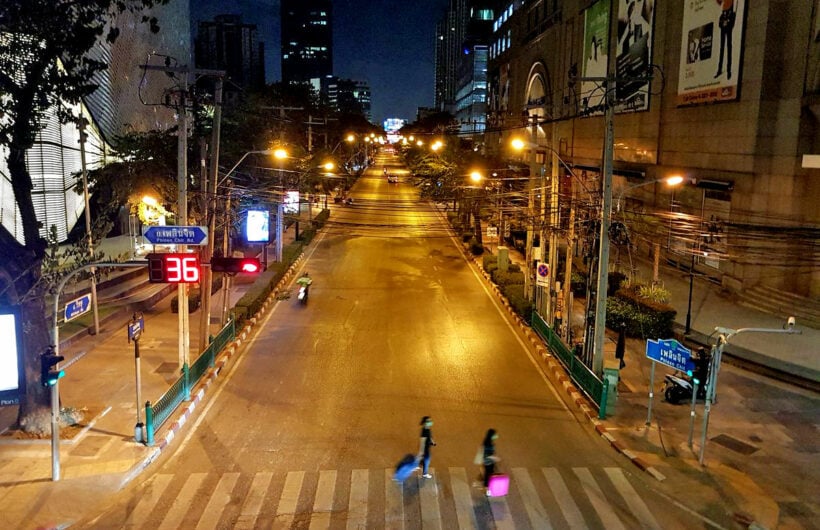 The Centre for Covid-19 Situation Administration, headed up by the Thai PM, is mulling knocking off another hour from the national curfew. If it goes ahead the curfew would shortened from 11pm – 4am daily to Midnight – 4am daily. It could happen as early as June 1, along with other relaxations of restrictions. The National Security Council is being consulted on the matter of shortening the curfew.

The emergency decree has now been extended until at least the end of June, meaning that the Thai PM, as head of the CCSA, will continue to decide on matters pertaining to the control of Covid-19 and the lifting of restrictions. The Thai cabinet will rubber stamp the extension of the emergency decree this Tuesday.

The closure of schools, and the postponement of the start of the new school year until July 1, was also a separate from the state of emergency. Thailand’s schools were ordered closed by the Cabinet in early March, for the safety of students. Long distance learning, via smartphones, computers or television, which has been rolled out this week is another tool the CCSA is using as it mulls options for lifting of restrictions.

Schools that say they are ready to reopen before July 1 can do so, according to the PM, “on the condition that they have permission from health officials”, citing the case of Chulabhorn School and some international education institutions.