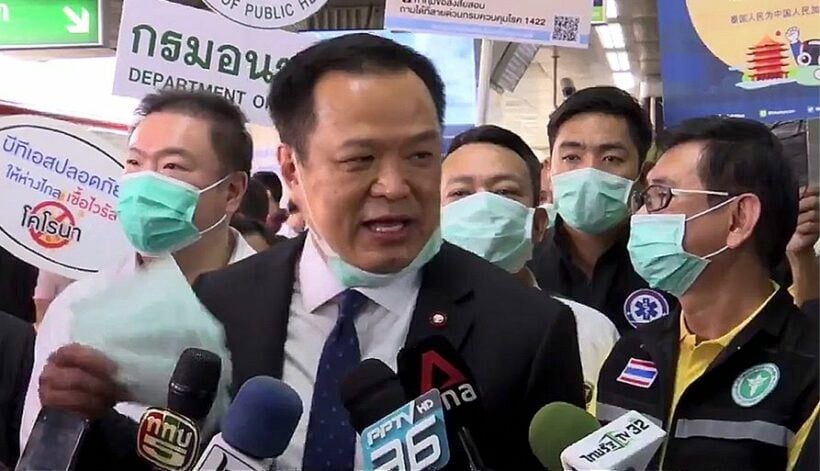 With the rapid rise of Covid-19 coronavirus cases in Thailand, more than tripling in the space of a week, a culture clash previously seen in China, is rearing its head in the Land of Smiles. While Thais, even in areas with no infections, consider face masks obligatory and a sign of concern for the welfare of others, many visitors and expats from Western nations shun them. Doctors in Western countries have urged their citizens not to hoard masks or even wear them unless already sick, but to save them for health workers, saying they aren’t helpful  and most people are not wearing them properly anyway.

Many Asian doctors have the opposite advice, encouraging the public to wear masks, contradicting Western doctors and claiming that failure to wear them helps spread the virus. China in particular has driven this message strongly to Thai authorities.

China has shown proven results in fighting the virus, and Chinese officials have stated publicly that mandatory masks helped drive this. Masks are sold out at many locations and long lines have been seen across Thailand.

Whichever doctors and advice you follow, the situation has begun to cause tension in Thailand and is likely to get worse as thousands of foreigners decline to wear masks, while thousands of Thai’s grow angry with foreigners and believe they’re spreading the virus by not wearing one.

In Hong Kong, public shaming became normal for expats and tourists seen in public without masks and the hashtag, #weara*******mask went viral, with millions of shares. Hong Kong citizens also strongly believe masks helped stop the virus in the territory and control it better than most. The majority of Thais appear to agree. Photos of foreigners not wearing masks have begun to be shared on social media prompting many to don masks to avoid a cultural conflict, regardless of beliefs on their effectiveness.

Thailand’s volatile public health minister Anutin Chavarnakul made headlines last month when he said on television that foreigners who won’t wear facemasks “should be kicked out” of the country.