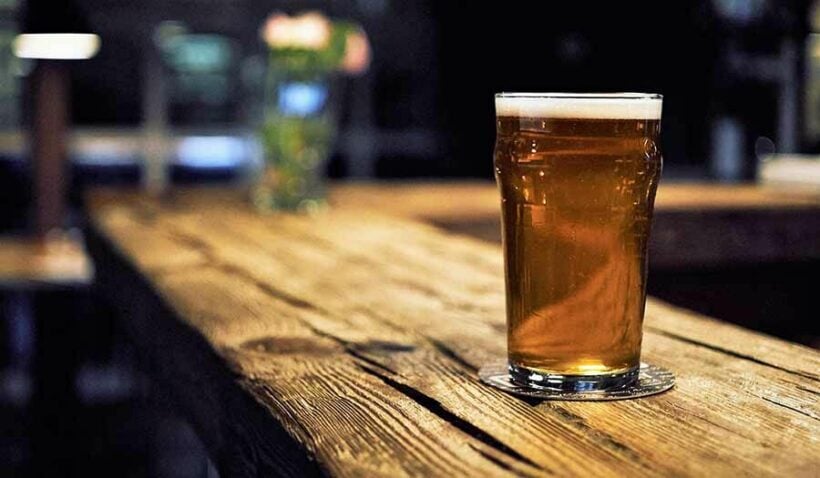 The Craft Beer Association has proposed new rules in the hope that Bangkok’s bars might be allowed to re-open after a month-long closure aimed at curbing the spread of Covid-19. The rules include limiting drinks to 2 per customer, limiting sitting time to 90 minutes, and banning dancing and toasts. The association says it has come up with the rules on behalf of craft beer venues adding that, while they might not cover cocktail bars and other pubs, they could serve as a blueprint for those businesses to design their own rules.

Last week, representatives from bars and breweries in the capital staged a protest outside the Ministry of Health, emptying kegs of spoiled beer down the drain. The measure was aimed at highlighting the financial fallout from the enforced closure of bars and the ban on alcohol sales in the capital’s restaurants.

Association member Artid Sivahansaphan says the new rules have been drawn up in the hope that bars might be allowed to re-open.

“We felt the need to come together and form this association in order to represent ourselves, our ideals, and our hopes and dreams for elevating the drinking culture here in Thailand. Instead we’ve been faced with court summons. We felt it was our duty to assist and help guide protocols in hopes that this would allow craft beer bars to re-open again soon.”

Meanwhile, the Centre for Covid-19 Situation Administration say 4 separate parties in Bangkok are behind nearly 40 cases of the virus, citing alcohol as a key factor in each case.