Staff from the Khao Son Wildlife Breeding Station in the western province of Ratchaburi have re-captured a Siberian tiger who escaped as workers were trying to close its cage. Nation Thailand reports that Aura, a 10 year old female tiger, broke out of her cage and fled, after frightening 2 workers. 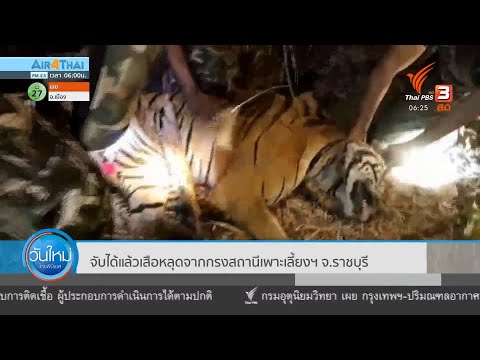 Pakpoom Pidthong from the Khao Son Wildlife Breeding Station says staff and local officials followed the tiger’s trail to ensure she did not get too close to residential areas. Once located, the tiger was re-captured with the aid of a tranquilliser dart. She has now regained consciousness and is in the care of a vet.

“Officials found Aura at 8pm near Khao Son Farm and then shot her with an anaesthetic dart before returning the tiger to its cage. The next step is to make improvements to the tiger’s cage and give staff more training on safety and procedures.”

Siberian tigers, also known as Amur tigers, are native to parts of Russia and China. They are the largest big cats in the world and have been classified as an endangered species.