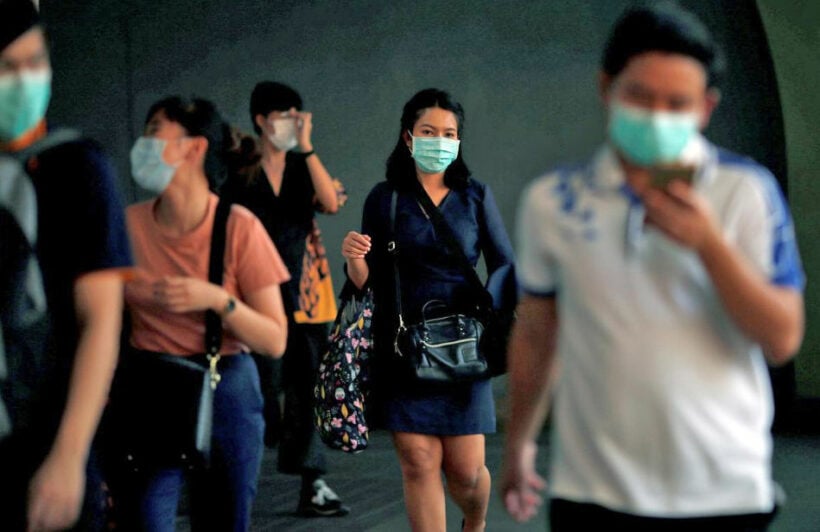 The Centre for Covid-19 Situation Administration reported 6 new cases of Covid-19 among returnees from Egypt and the Netherlands, lifting the national total to 3,310 since the outbreak began in January. Spokesman Dr Taweesilp Visanuyothin announced the new figure at this morning’s daily press briefing. Taweesilp said 5 of the new patients recently returned from Egypt; 4 are male students, 2 aged 21 and 2 aged 24. They arrived on July 24 and were quarantined in Chon Buri province. They tested positive on Wednesday while they were asymptomatic. They were on the same flight as another previously confirmed case.

The other returnee from Egypt is a 28 year old man. He arrived at Suvarnabhumi airport yesterday with a fever and breathing problems. He immediately tested positive and was sent to hospital in Chachoengsao province.

The returnee from the Netherlands is a 52 year old man who worked as a chef on a ship. He arrived last Saturday and was quarantined in Samut Prakan province. He tested positive on Wednesday but was also asymptomatic. Infection rates are currently at at 11% among returnees from Egypt and 1% from the Netherlands.

Taweesilp warned that with infection rates exploding overseas, Thailand cannot expect to remain permanently free of new local transmissions. Authorities can only hope to prolong the infection-free period for as long as possible, he said, and then cope effectively with any outbreak as it occurs.