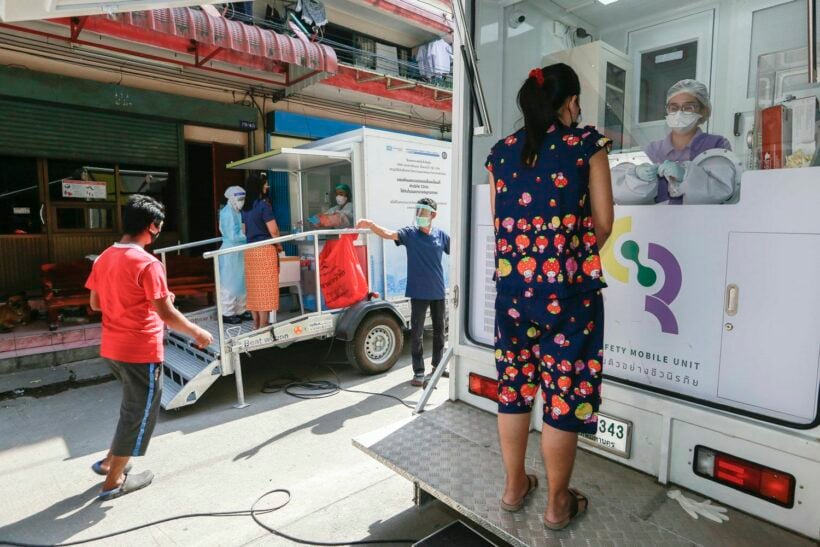 249 new Covid-19 cases were reported today in the Centre for Covid-19 Situation Administration’s daily briefing. Thailand now has 3,914 active cases and has reported a total of 10,547 cases with 67 fatalities since last year.

The number of daily new cases is expected to decrease and significantly slow down by the end of the month, according to Ministry of Foreign Affairs deputy spokesperson Natapanu Nopakun, who gives the CCSA’s daily report in English. While health officials predict the outbreak will subside in the next few weeks, Natapanu says the numbers could increase with proactive testing.

More than 3,000 cases have been reported in Samut Sakhon since the outbreak at the Central Shrimp Market. Many cases have been detected through the province’s proactive Covid-19 testing campaign and Natapanu says hundreds of factory workers in the area still need to be tested.

Out of the 249 new cases reported today, Natapanu says 176 cases are local transmissions, 48 cases were found in proactive testing, 11 cases were detected in state quarantine and 14 cases are those who just arrived in Thailand from abroad.

Globally, cases have surpassed 90 million and deaths are nearly at 2 million. Natapanu says the global numbers are “quite alarming.”

Thailand is currently 128th in the world when ranked by total number of Covid-19 cases, Natapanu says, adding that more than half of Thailand’s Covid-19 patients since last year have recovered. He says the number of recoveries “speaks to the strength of the public health system.” 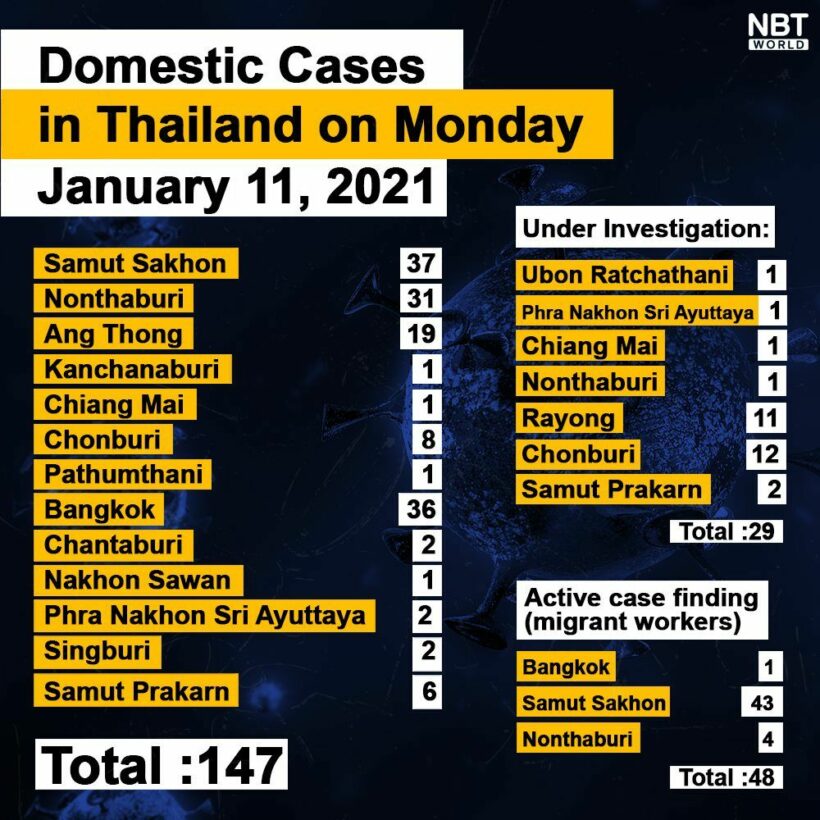 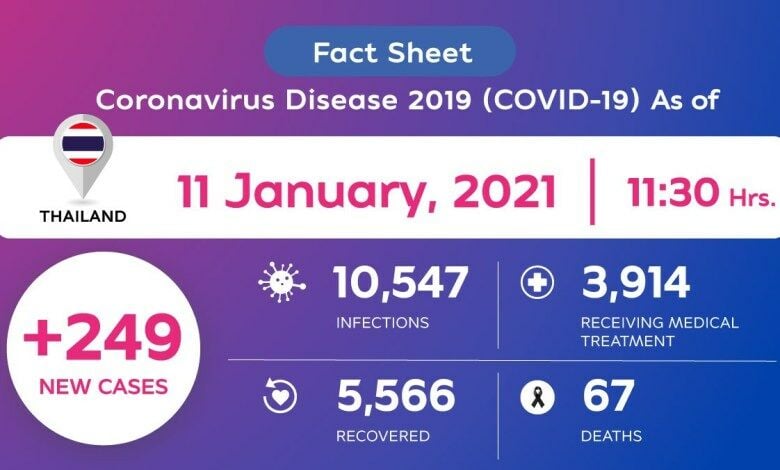 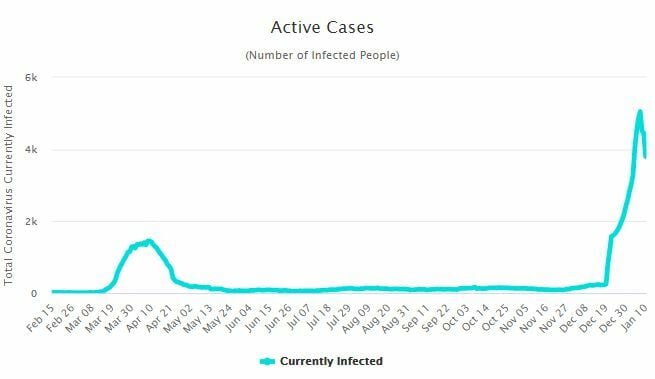 Active Covid-19 cases in Thailand as of January 10, according to Worldometers.