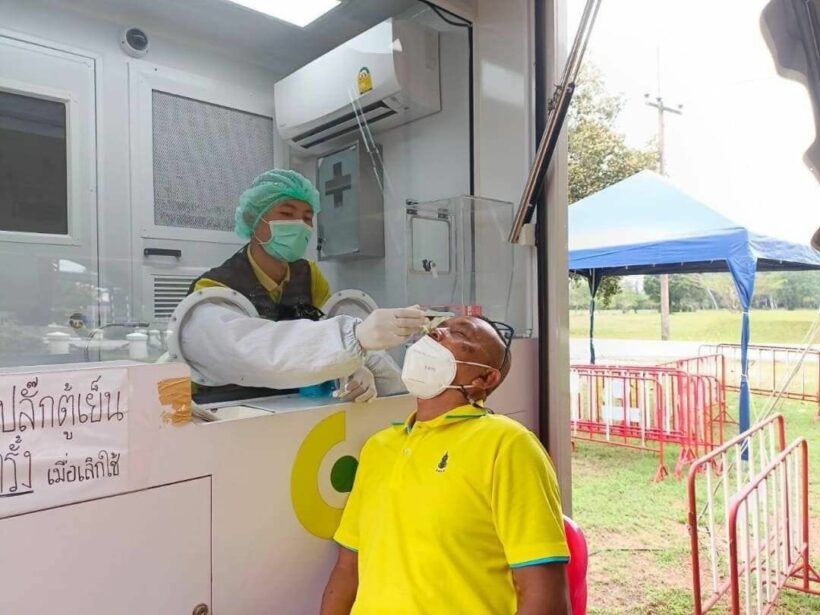 Last week some Thai doctors were predicting a ‘doomsday’ scenario with up to 100,000 new Covid infections pers day post-Songkran. Now there’s a new tune being sung…

A science lecturer from Chulalongkorn University says he believes Thailand has actually passed its Omicron peak, as infections continue to trend downwards. In a Facebook post over the weekend, Jessada Denduangboripant referred to Public Health Ministry data that shows a surge in Omicron cases in February, with infections peaking in early March.

Jessada says case numbers subsequently began to rise again at the end of March, due to the arrival of the new Omicron BA.2 sub-variant. However, the infection rate has continued to fall throughout April.

“Hence, we can confirm that the number of Covid-19 cases in Thailand is currently on a downward trajectory. The decline in Covid-19 infections is in line with the global situation, which saw new cases peak 2 months ago before falling.”

Since the latest variant surge peaked on April 1 with 28,376 reported daily infections, the daily reports have dropped a lot. Today the reported infections were 16,994. But the rate of Covid-related deaths is still trending upward, today it was reported that there were 124 dying of Covid-related symptoms over the past 24 hours.

According to a Nation Thailand report, Jessada points out that the fall in cases has been slower in Thailand than other parts of the world, due to both Omicron BA.1 and BA.2 striking the kingdom simultaneously.

In addition, he acknowledges that a rise in new infections after the Songkran holiday is likely, but believes we’re unlikely to see the numbers we saw at the beginning of the Omicron outbreak. He adds that the number of Covid-19 patients with lung problems and in need of respirators remains high, in line with current case numbers.

“Hence, we have to prepare to see these numbers increase for a while.”