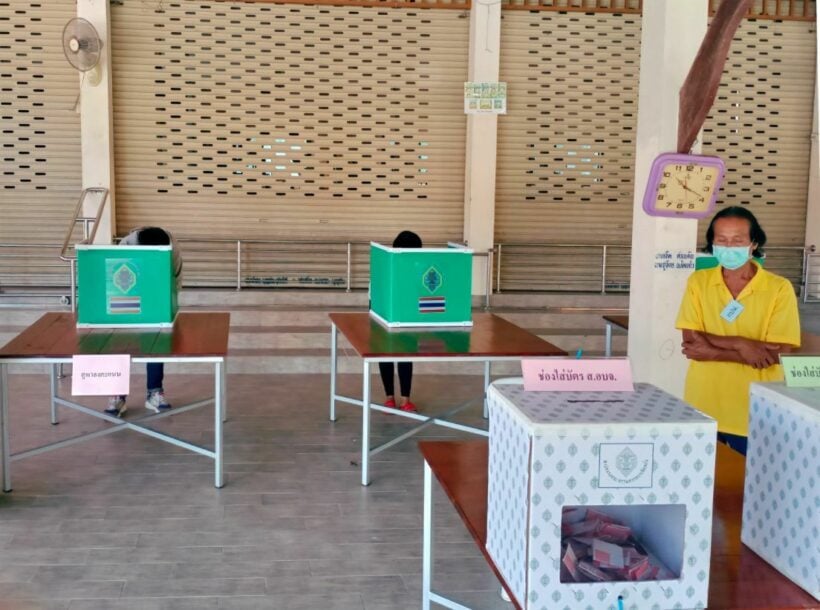 Thailand’s Ministry of Public Health insists that the voice of even Covid-19 infected people won’t go unnoticed. The ministry says they’ve got a solution for infected residents to vote for their new Bangkok governor.

The 11th election for the governorship of Bangkok will be held on May 22. It will take place 9 years after the last Governor election in 2013, long delayed due to the 2014 army coup.

The Deputy PM and Public Health Minister, Anutin Charnvirakul, says that people who are infected as of voting day will still be allowed to vote in the upcoming election for the new Bangkok governor and council members. The authorities are setting up separate voting spots for the infected voters and is asking them to wear two layers of face masks whilst they vote. He also added that unvaccinated people would not be cut out from voting either.

Anutin told Thai media that the Department of Disease Control and the Election of Commission have discussed ways for everyone to be able to vote, safely, on election day. Some of the rules and conditions were drafted but still needed more consideration, according to a spokesperson from the public health ministry. He said no ATK tests would be required before voting but wanted to ask for cooperation from people to follow Covid prevention measures suggested by officials.

Rookiescot
We have solved this by declaring anyone who does not vote has voted for the government and will count their votes accordingly......