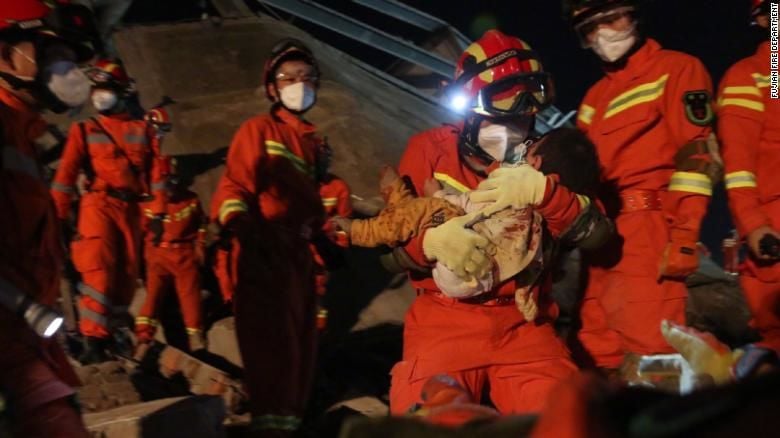 China’s state media are reporting that seven people died when a hotel used as a coronavirus quarantine centre collapsed last night in southeastern China’s Fujian province. The Ministry of Emergency Management says 80 people were in the building when it came down; nine escaped, while about 70 people were trapped. Of those, 43 have been pulled from the rubble and 28 currently remain unaccounted for.

The Fujian Fire Department deployed more than 1000 firefighters and other emergency responders, who worked through the night searching for survivors.
“We are using life detection instruments to monitor signs of life and professional breaking-in tools to make forcible entries. We are trying our utmost to save trapped people.”

A video streamed  by the government-backed Beijing News site showed rescue workers in orange overalls sifting through the rubble of the Quanzhou Xinjia Hotel and carrying people to ambulances. 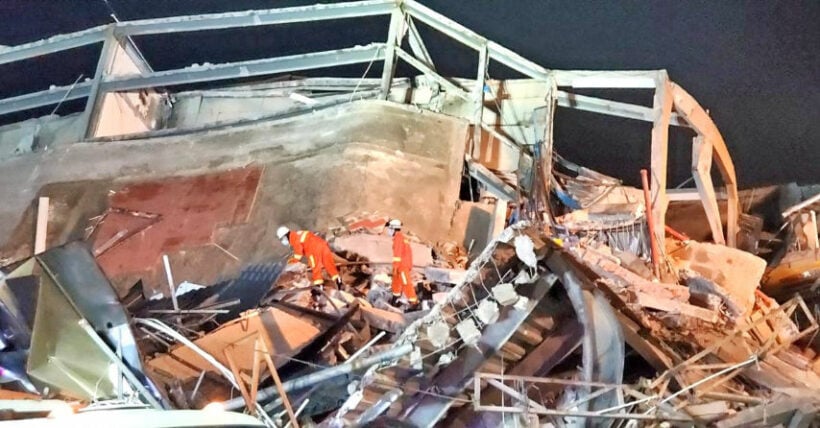 PHOTO: Rescue workers on the site where a hotel being used for coronavirus quarantine collapsed in the Chinese port city of Quanzhou last night. – cnsphoto via Reuters

The hotel collapsed at about 7:30pm and 34 people were rescued in the ensuing two hours, according to the Quanzhou municipality’s website.

“I was at a gas station and heard a loud noise. I looked up and the whole building collapsed. Dust was everywhere, and glass fragments were flying around. I was so terrified that my hands and legs were shivering.”

A woman named only by her surname, Chen, told Beijing News that relatives, including her sister had been under quarantine at the hotel after returning from Hubei province, where the virus emerged. She said they were scheduled to leave soon after completing their 14 days of isolation.

At the time of the collapse, 58 people were under quarantine in the hotel. All had tested negative for the coronavirus. There were 16 staff and six car dealership employees also on site.
The building’s owner is in police custody, according to state China’s state news agency Xinhua.
The hotel was a seven-story steel structure, built in 2013 and converted to a hotel in 2018, according to Xinhua. The owner began renovating the first floor in January.