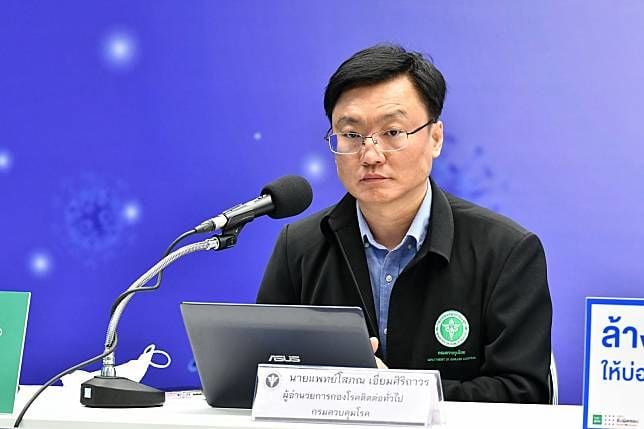 6 more Thai women, who crossed the Myanmar border into Chiang Rai, have tested positive for Covid-19, according to the Public Health Ministry. 4 other Thai women in Chiang Mai and Chiang Rai recently tested positive after returning from Myanmar’s Tachileik district. All 10 women evaded the mandatory 14 quarantine.

Some cases trace back to the 1G1 hotel and entertainment venue in Tachileik where some of the women confirm that they worked, stayed or visited. Some women said they worked at hotels or bars in Tachileik, but reports do not name the establishments.

A 28 year old woman went to work at the 1G1 venue in early November and returned on November 27. A motorbike driver picked her up at the border and took her to the Chiang Rai’s Mae Sai district bus station. She then took a bus back to her home in Phayao.

She went grocery shopping, out to restaurants and to a beer garden. She drove to Chiang Mai and tested positive for Covid-19 on November 30 at a private hospital. She returned to her hometown to be treated at the Phayao Hospital.

After crossing the Thai-Myanmar border on November 28, a 21 year old and 25 year old flew from Chiang Rai to Bangkok’s Don Mueang Airport. The 25 year old then flew to Phichit to visit a friend where she went to local bars. The 21 year old tested positive for Covid-19 yesterday.

Following her friend’s positive result, the 25 year old was “caught” an taken to a quarantine facility where she tested positive, according to Nation Thailand.

A 36 year old travelled to Tachileik on November 3 and visited the 1G1 entertainment venue on November 23 and 24. A couple days later, she developed symptoms of a cough, runny nose and body ache. She treated her symptoms with over the counter drugs and crossed the natural border into Thailand on November 30 with help from a Myanmar national.

The woman travelled to Chiang Mai and then took a flight to Bangkok’s Don Mueang Airport. She  took a taxi form the airport to the Mo Chit Bus Terminal and then took a bus to Ratchaburi.

A 23 year old and a 35 year old worked in Tachileik and returned to Thailand on November 24. They travelled to Chiang Mai and then went to their home in Tak’s Mae Sot district.

After hearing about a friend testing positive, the women got tested and the results came out positive for Covid-19.

A woman in Chiang Mai and 3 other women in Chiang Rai tested positive for Covid-19 after working in Tachileik. They allegedly entered Thailand illegally, dodging the mandatory 14 day quarantine.