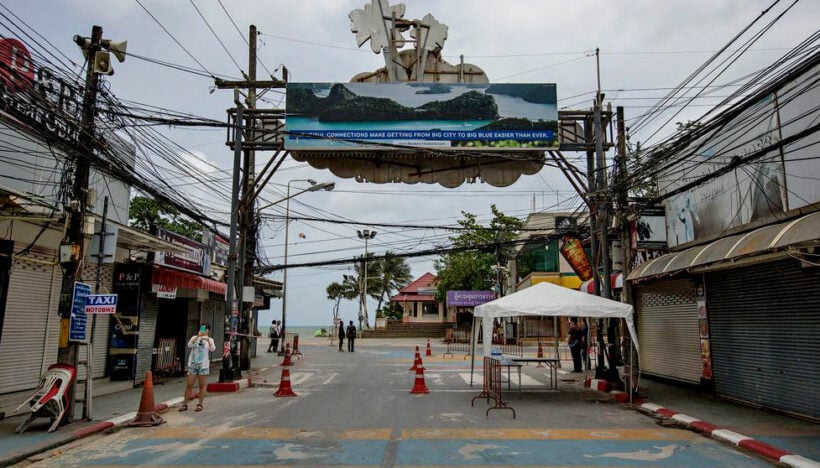 Phuket has confirmed 6 new Covid-19 coronavirus cases today (Wednesday), bringing the total on in the southern province to 75 since the outbreak began in January. Phuket has effectively sealed its borders and become a virtual fortress. It will close its airport on April 10 but some flights are still leaving taking foreigners back home.

All the new cases have a history of working in, or visiting, the Bangla Road red light district…

Case 70: A 28 year old Russian woman who has lived in the Patong district more than a month. She has a history of visiting the Bangla Road, and close contact with tourists. She fell sick on March 25, and 2 of her contacts are considered at high risk and are being sought by authorities.

Case 71: A 54 year old Thai man who works in a Bangla Road entertainment venue. He had close contact with a confirmed case, and became sick on March 25. 1 contact is considered at high risk

Case 72: A Thai woman aged 37, who works in Patong. She has a history of visiting Bangla Road, and got sick on March 22. 3 people are considered at high risk.

Case 73: A 25 year old Thai man, a bouncer in Bangla Road. He had close contact with confirmed case, and although he showed no symptoms, he went for a test and the results were positive. 5 contacts are at high risk.

Case 74: A 34 year old Thai woman, a waitress in entertainment venue in Bangla Road. She had close contact with foreigners, and fell sick on March 20. 7 contacts are considered at high risk.

Case 75: A Thai woman, aged 26, a waitress in Bangla Road. She had close contact with a confirmed case, and fell sick on March 22. 2 people are at high risk. 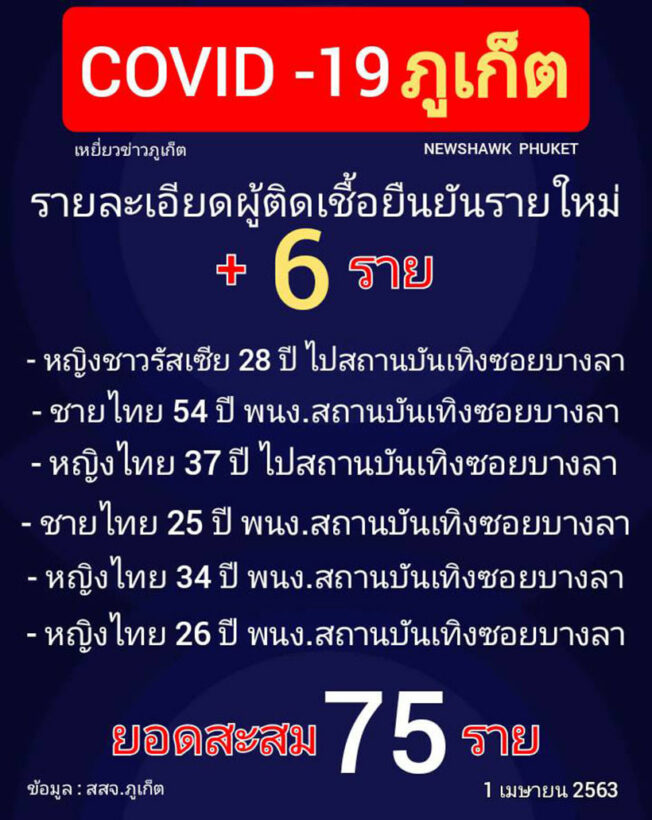