14 provincial governors around the country have declared ‘travel restrictions’ in and out of their provinces.  Under the emergency decree PM Prayut Chan-o-cha has given full authority to provincial governors to increase prevention measures. The ‘lockdowns’ are done to help contain the spread of the Covid-19 virus.

In some provinces, inter district and inter sub-district travel is also being restricted.

The 14 provinces and the dates for travel restrictions …

Travel restrictions and ‘lockdown’ orders differ from province to province, check you local media for details. Most are also rolling out checkpoint temperature checks or even door-to-door checks of residents. 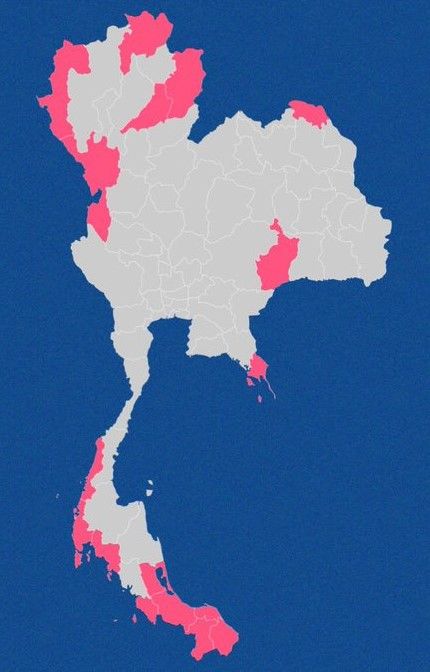 Exemptions are made for, transportation of necessary goods, medical care personnel and those who receive permissions from officials to travel in and out of their provinces.