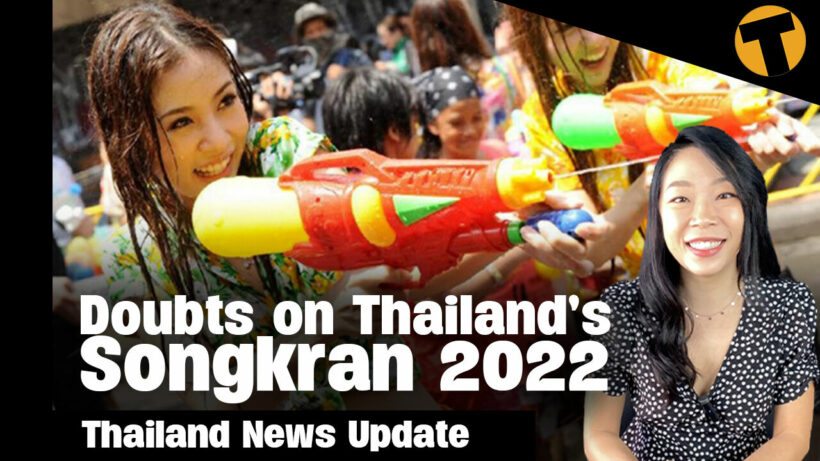 Even after the Test & Go program was rebooted on February 1, along with the additional and unpopular Day 5 PCR test, there hasn’t been a large increase in the number of international tourists visiting Thailand. Indeed the new applications and actual arrivals have fallen well below expectations by Thailand’s tourism tzars.Now, Phuket officials are launching new plans to encourage Thai tourists to come to the southern Thai island. But they launched these plans on the same day the Thai government also announced a Level 4 alert on the Covid-19 situation in Thailand. The Phuket Tourists’ Association’s Vice President of Domestic Marketing says the association’s domestic marketing plan for this year includes activities to promote its “Consumer Fair and Roads Show”. The VP said it held a tourism campaign and road shows at Siam Paragon in Bangkok, and in other provinces, throughout January. She said they are holding another activity in Udon Thani in February. The TAT Phuket Chief also launched the Phuket Great Time #3 campaign yesterday. This campaign will offer special packages and services through its website. The chief said there are also plans for Songkran.

From the start of March, the requirement for the 2nd pre-paid PCR test on Day 5 after your arrival in Thailand will be dropped. But it will instead be replaced with a rapid antigen test you can take yourself… freely and cheaply available at any convenience store.In addition, the required ‘Covid’ insurance is to be reduced from $50,000 to $20,000.The revisions to the Test & Go program were announced yesterday by the CCSA. Hotel reservations will only be required for the 1st day as travellers wait for the results of their arrival PCR test. Travellers won’t need to book for a second hotel night on the 5th day after their arrival. So, it’s back to the same requirements when Test & Go was originally launched back on November 1 last year. For land travellers, the borders at Nong Kai and Songkhla will be opened to enter by land. This will also occur from the start of March.

An army general and two other people have been charged with colluding to defraud others. The three swindled over 43 million baht from two companies between December 2017 and August 2018. They offered the companies services that didn’t exist.One of these fake projects involved telling a firm they could land it a state contract by installing LED lights in a project run by the Energy Ministry. The three fraudsters ordered the firm to pay them “administrative” fees, and other fees. These fees totalled over 31 million baht. Another project netted them administrative fees of 12.7 million baht. The court ruled the fraudsters must return the money to the two companies. The general and one other fraudster have been sentenced to two years in jail, with the third fraudster sentenced to one year. The general, Sompote Ngerncharoen, was allegedly connected to other fraud cases in Khon Kaen. He is 66 years old, and used to serve as a Fourth Region Army commander.

Thai social media has featured a video showing 8 monks and novices were celebrating and drinking alcohol inside their temple accommodation, frowned up under strict temple guidelines. Another video and a screenshot then emerged of the conversations which indicated that the monk had an intimate relationship with the novice. The party was identified to be happening at the Nikom Kitiyaram temple in the northeast province of Ubon Ratchatani. The abbot of the temple responded to questions saying that it was old footage, and 2 monks from the group in the video had already been forced to leave the monkhood. The first video featured 8 monks and novices gathered in their rooms with alcohol and food. They were also singing “happy birthday” instead of doing their Buddhist chants. The other video showed clearly that 2 of the monks were in an intimate relationship and were hugging each other. There was also a conversation posted on social media between 2 of the monks saying that he had broken up with a novice and wanted to host a party. The abbot, Prachot Kittikhun, informed Thai media that the story occurred 2 months ago over the new year period. The abbot shared that he had never noticed they were a couple until the residents showed him the videos, but both of them refused any counselling over the matter.

With a slow surge in Thailand’s Omicron numbers, now up to the highest daily numbers recorded during the Delta wave, tourism officials and businesses are looking to Songkran, less than 2 months away, as the only high profile saviour for a final boom in tourist travel before the onset of Thailand’s annual wet season. Songkran, the Thai new year, is not only the busiest travel time for Thais each year, its also been a popular destination for international tourists who have come to enjoy the parties and water fights. But tourism pundits are concerned that this year’s Songkran could be another dry affair as Thailand has now ramped up the situation by declaring a Level four emergency for the local Covid pandemic.But they remain partly confident that, if the current Omicron wave follows the patterns in Europe and the US, it could rise and fall quickly, allowing normal Songkran activities to go ahead. Their other concern is that the government continues to insist the unpopular Thailand Pass registration system would overseas arrivals will remain, despite continuous complaints from tourists about problems uploading documents and the many documented confusions and enforced stays in hotel after positive PCR tests.

Yesterday and today, a Facebook page posted chat screenshots of the deputy principal of a Northeastern school offering to change a female student’s grades and buy her a phone if she visited him at his house. The names of the man and the school are not mentioned, but a hashtag trended on social media about the school’s colours and location, giving it away. The deputy principal allegedly told the girl he would buy her any phone she wanted, and that he was single. He was accused of flirting with other students as well.The director of Satrichaiyaphum School told Thai media today that the school reported the issue to the Office of Basic Education and its Chaiyaphum office director after hearing about the posts. She said the OBCE has set up a fact-finding mission. A panel will question the deputy principal, and make a report in seven days.Thais took to social media to express their rage at the principal’s behaviour, tweeting a hashtag that translates to “A school with purple and yellow colours on Bannathikarn Road”. The Facebook page that posted the screenshots posts anonymous stories, and has over 57,000 followers.