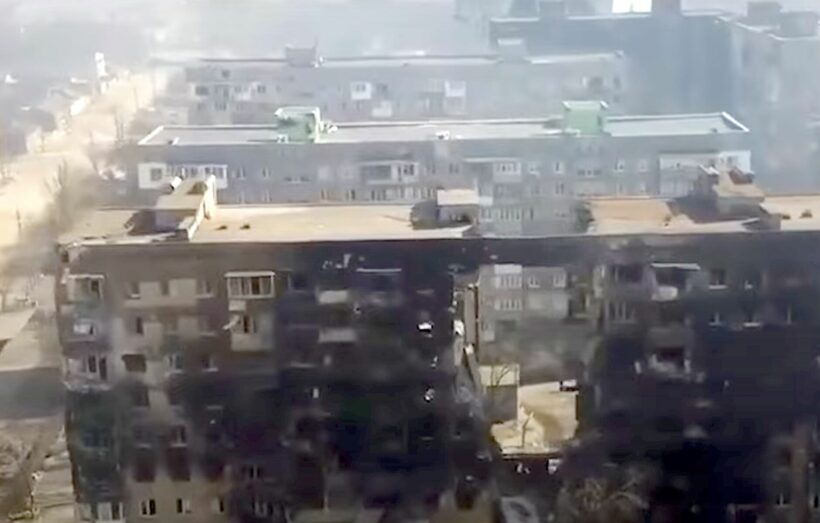 As the Russian invasion of Ukraine continues into a second month, here’s the latest headlines…

• Russia has “massively misjudged the situation” in Ukraine and the truth of the situation is being kept from President Vladimir Putin, as generals have been reluctant to tell the full extent of Russia’s failures in Ukraine. That’s according to Jeremy Fleming, the head of the UK’s cyber-intelligence agency GCHQ. He also divulged that dispirited Russian troops had sabotaged their own military equipment, shot down one of their own aircraft under accidental friendly fire and at times refused to obey order.

• The White House has said it has information that Putin “felt misled by the Russian military” This has resulted in “persistent tension between Putin and his military leadership,” while Pentagon spokesman John Kirby voiced concern about how Putin might react to “bad news” as informants could be too scared to tell him the truth about the military campaign and the effect of sanctions on Russia. Moreover, he warned that an uniformed Putin could put forth a “less than faithful” effort to end the conflict through peace talks.

• Meanwhile, Ukrainian President Volodymyr Zelensky said Ukrainian forces are preparing to face a new round of Russian offensives in the eastern Donbass region. He also said he wasn’t convinced by Russia’s claim that it would reduce its military mission around Kyiv Chernihiv, as Russia has continued with new strikes on the city. The UK’s defense ministry echoed his statements, saying that in Chernihiv, “significant Russian shelling and missile strikes have continued.”

• According to Russian state news agency TASS, Russia will open an evacuation corridor on Thursday morning from the besieged port city of Mariupol in souther Ukraine. Colonel-General Mikhail Mizintsev, head of Russia’s National Defense Management Center, said the corridor from Mariupol to Zaporizhzhia will open at 10am local time, with a stop in nearby Berdyansk to be made along the way. The general said that time Russian forces, together with those from the self-proclaimed Donetsk and Luhansk People’s Republics, will not fire their weapons, including those requested by Ukraine.

• Weeks of heavy shelling and bombing from Russian forces have left the southern port city in shambles, while an unknown number of civilians have been killed and and hundreds of thousands of residents have been forced from their homes. Many thousands remain trapped in basements and bomb shelters throughout the ravaged city, where approximately 90% of all residential buildings have been damaged, Ukrainian data shows. Of those, 60% experienced direct hits and 40% were destroyed, according to the BBC.

“Not everything is in our power. Unfortunately, we are in the hands of the occupiers today.”

• So far, more than 4 million people have fled Ukraine since the start of the war, according to the UN refugee agency’s latest figures. 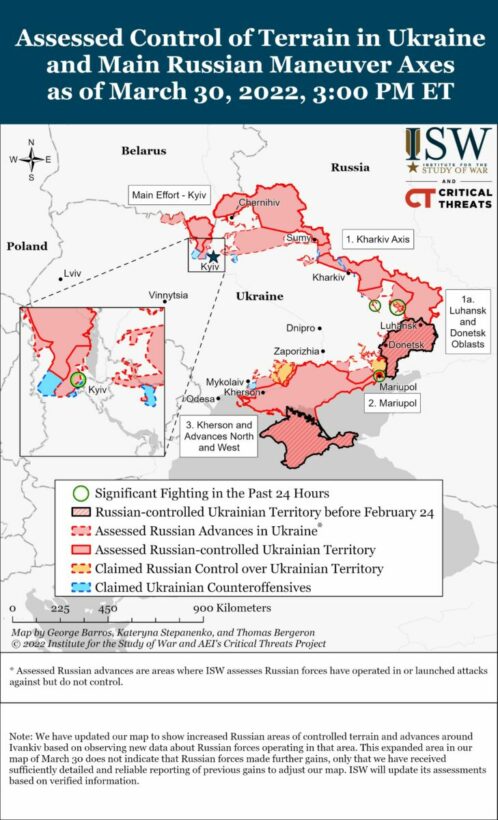 GRAPHIC: Institute for the Study of War